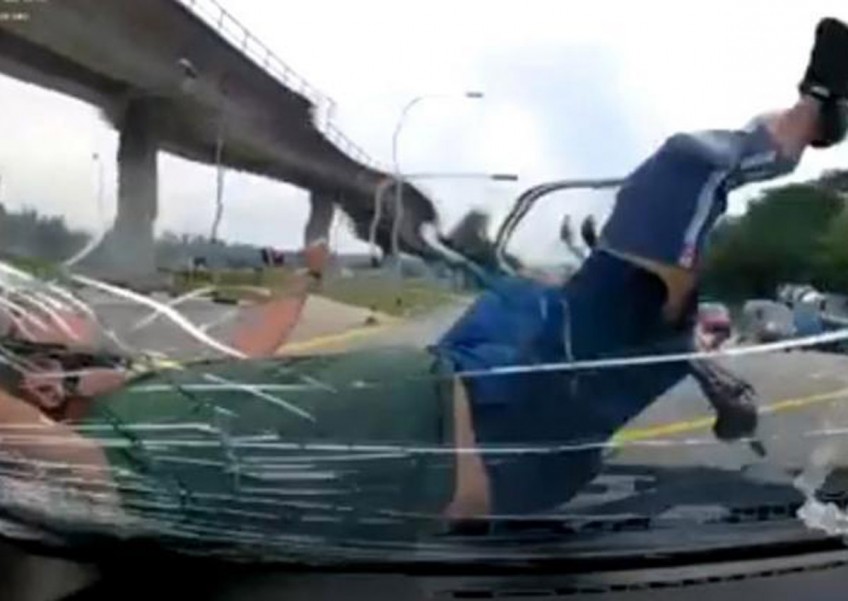 One cyclist in Singapore learnt to observe traffic rules the hard way.

A video posted on the Facebook page Love Cycling SG shows a cyclist disregarding the traffic lights and getting hit by a car while riding across the road.

In the video, the car can be first seen travelling on the middle lane of a three-lane road towards a traffic junction.

The green lights were in the driver's favour, and he or she proceeded to go across the junction.

However, a cyclist suddenly appeared in front of the car.

The driver could not brake in time and hit the cyclist.

The latter slammed onto the car's windscreen and bonnet before falling onto the road.

The impact cracked the car's windscreen and sent the bicycle flying a few metres away from the car.

The cyclist sat on the road in a daze thereafter.

Before the collision took place, another car had given way to the cyclist by stopping at the traffic junction.

It might have blocked the view of the cyclist, but that is not a good enough excuse to defend his reckless act.