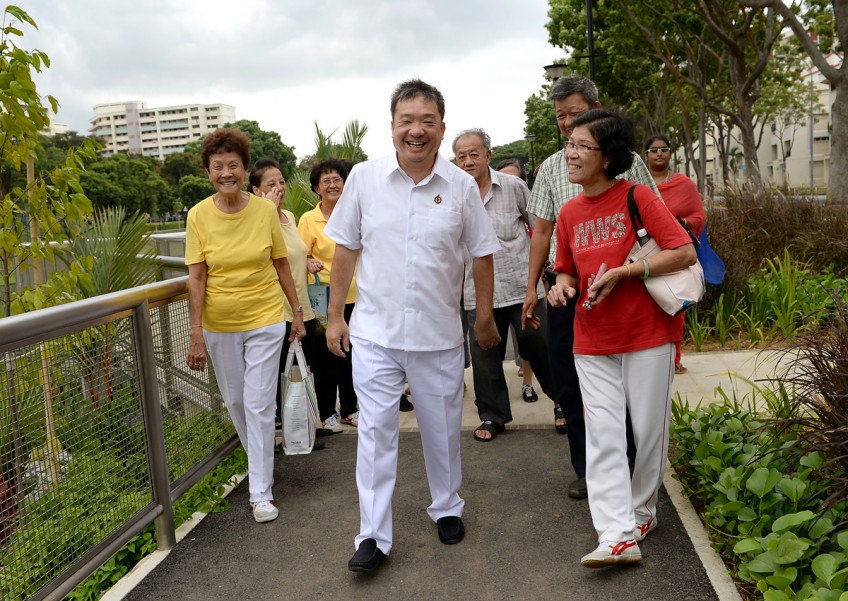 The first day of the debate on the President's Address had 17 MPs speaking on topics that ranged from security and defence to education and the economy. This first debate in the 13th Parliament following the 2015 General Election, had eight MPs - including a new minister - making their maiden speeches.

The Goods and Services Tax (Amendment) Bill will bar people, such as permanent residents or foreigners with Singapore work passes, from leaving the country if they do not refund to the taxman the GST tourist claims they had wrongfully made. The tax is only for eligible tourists.

Security was a major theme yesterday, with at least four MPs stressing the need for a strong defence against threats such as terrorism and external pressures, by not just the Government, but also citizens.

Ms Low Yen Ling (Chua Chu Kang GRC), for instance, called for "a fair, caring, cohesive and inclusive Singapore that leaves no space for the weeds of terrorism to grow".

Acting Minister for Education (Higher Education and Skills) Ong Ye Kung made his Parliamentary debut with a speech that had the frontbench thumping their armrests in approval.

Mr Ong, who is also Senior Minister of State for Defence, spoke on three aspects of Singapore's governance which may have to evolve: economic strategy, national identity, and decision-making.

An exceptional nation needs empowered citizens, and one way to achieve it is to scale back the Government's role in "non-core government functions", said opposition Workers' Party MP Sylvia Lim (Aljunied GRC).

To empower citizens, there must be "real power centres outside the government", such as in the private sector and civil society, she said.

Seven MPs were picked for the Committee of Selection. Chaired by Speaker Halimah Yacob, it selects and nominates members to Parliament's various committees.

The others are Mr Cedric Foo; Senior Minister of State for Finance and Law Indranee Rajah; and Workers' Party leader Low Thia Khiang.