Dispute between Hougang neighbours ends in bloody brawl in lift 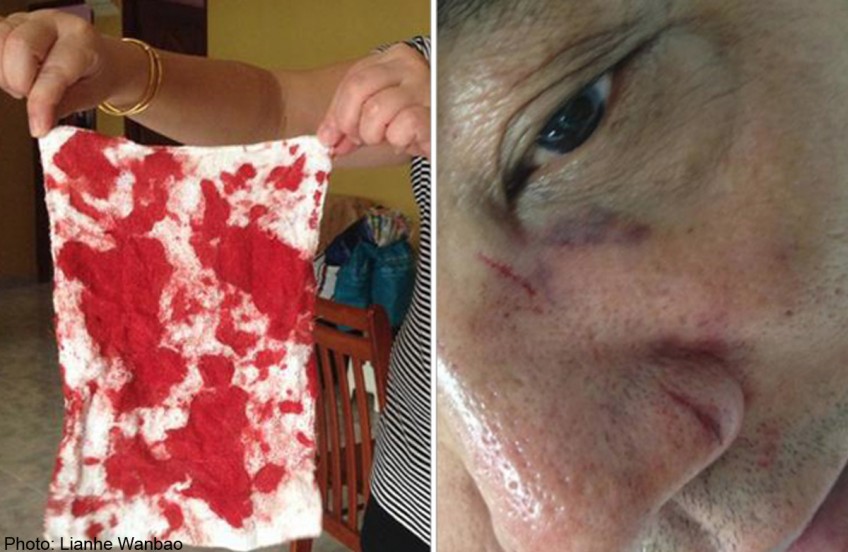 SINGAPORE - A spat between two Hougang neighbours about a barking dog resulted in a bloody fist fight on July 16.

According to Lianhe Wanbao, police were called down to the scene at Block 943 Hougang Street 92 at 6.24am, where neighbours Mr Tan and Mr Fu lived.

The neighbours have been on bad terms ever since Mr Tan became upset by Mr Fu's dog, which he thought was noisy as it barked a lot.

It is believed the Fu and his son were heading out in the morning when they met Tan in the lift.

According to Mr Fu's wife, when they reached level 1, Tan had stood at the door to block the Fu and refused to move out of the way.

The Fu father and son then "squeezed past" Tan and continued on their way.

All of a sudden, a fight broke out between the men.

Through the chaos, Mr Fu was punched in the back of the head and could not get up. His son's shirt was torn in the mess.

Both neighbours were hurt and the ambulance was called. However, the extent of Mr Tan's injuries were not known, as the Chinese reporters were unable to get an interview from him.

After the brawl, the Hougang neighbours just went on their own way.