Distribution of fliers on AHPETC not an offence: Police 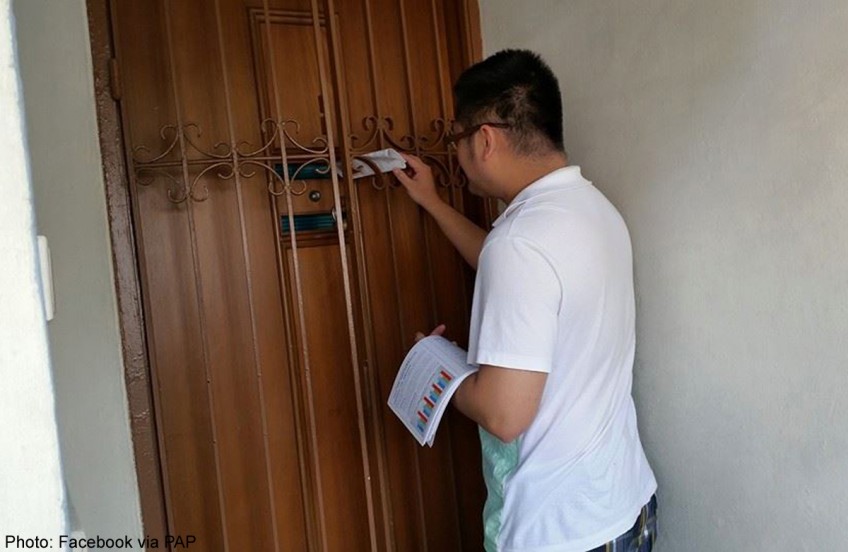 SINGAPORE - The distribution of fliers by the People's Action Party (PAP) activists in Aljunied GRC, Hougang and Punggol East is not an offence, said police in a statement on Thursday.

"In consultation with the Attorney-General's Chambers on the police report made on the distribution of fliers at Aljunied Group Representation Constituency, it has been determined that there is no offence disclosed.

"The distribution of fliers in itself is not an offence in Singapore," said the police.

A police report was lodged by a member of the public about activists distributing fliers in the past week in Workers' Party-controlled Aljunied GRC's five wards.

The fliers - printed in English and Chinese - urged residents to ask WP Members of Parliament questions about the management and financial health of the Aljunied-Hougang-Punggol East Town Council (AHPETC).

Lapses were found by the Auditor-General's Office (AGO) report on accounts of AHPETC. The AGO report was debated in Parliament last month.

[[nid:173634]]
SUBSCRIBE TO OUR NEWSLETTER
Your daily good stuff - AsiaOne stories delivered straight to your inbox