Doc loses custody of son due to lifestyle 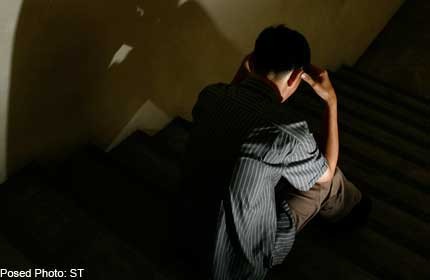 SINGAPORE - A doctor allegedly took his two teenage sons to a gun club, smuggled his elder son into a nightclub to drink alcohol and let both play video games until the early hours of the morning.

During a divorce hearing riddled with accusations of inappropriate conduct, it was also heard how the 53-year-old had relationships with other women and liked to film his sexual escapades.

In judgment grounds released yesterday, Justice Judith Prakash said she awarded custody of the 16-year-old son to the boy's doctor mother, due to his father's "extremely adult" lifestyle.

The couple, who cannot be named for legal reasons, married in 1990 and divorced in 2011. The court awarded the wife more than $7 million in value from division of assets and maintenance money.

She agreed to the 19-year-old son's wish to live with his father, a former Health Ministry consultant. But the spat over custody of the younger boy drew revelations of the father's alleged conduct. His former wife, represented by lawyer Foo Siew Fong, complained that he indulged the teens in alcohol and computer games.

He bought them a PlayStation and two giant screens, and their younger son became addicted to playing it, she complained. She said he even took them to a San Francisco gun club to experience live ammunition being used and argued that it was unhealthy for the boys to develop such an interest at their young age.

Meanwhile, his extramarital relationships would damage their sons' moral values, she said. He was involved with a young woman who poured liquor down her elder son's throat at a nightclub.

She also claimed he liked to take raunchy photographs and had filmed himself engaging in sexual activities. The judge dec- lined to go into other details.

The former husband, defended by lawyer Luna Yap, had countered that her claims questioning his suitability as a parent were not borne out by the facts. He said the boys were close to him.

The doctor is separately suing his former wife in a district court for allegedly hacking into his computer.

Justice Prakash found that he had not "effectively rebutted" her claims. "From the evidence, that lifestyle is an extremely adult one which is generally unsuitable for teenagers," said the judge.

But she noted both sons loved their parents and did not criticise them. She found it was in the "best interest" of the younger son to be in his mother's sole care.