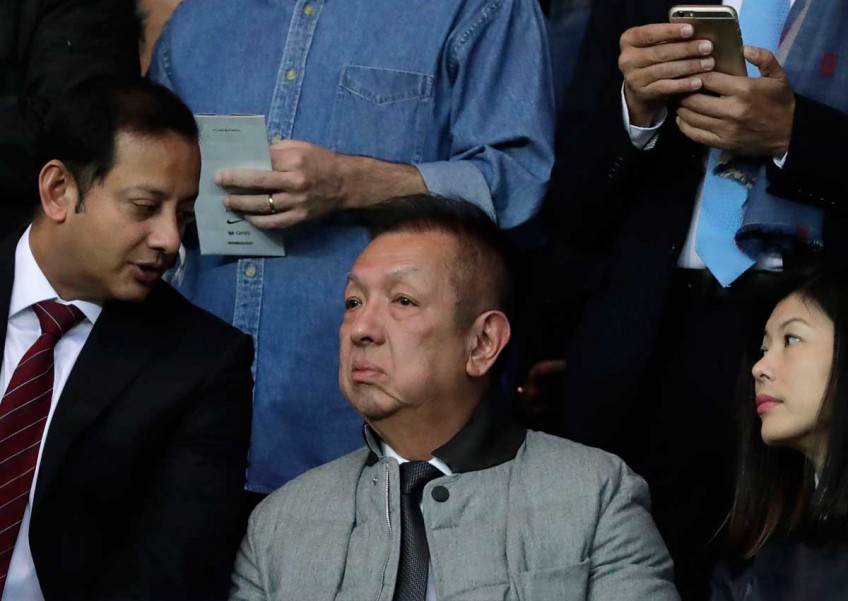 Online scammers are getting savvier by the day by using well-known personalities to entice users and one such scam involved Singaporean billionaire investor Peter Lim.

Lim, who is the 11th richest man in Singapore according to Forbes' real-time ranking, lodged two police reports in Sept and Oct against online scams involving false and misleading accounts using his name and images.

The online scams are allegedly disguised as news reports with a quote that claims to have been said by Lim on investing in bitcoin. They were circulated on the internet in the form of advertisement banners too.

In a statement from his family's office, the 64-year-old said he is concerned that members of the public have been duped by the scammers and wants to warn others against falling for such scams.

At least one member of the public is known to have been scammed into travelling for a purported meeting outside of Singapore with him.

"Mr Lim has not endorsed such investments," said the statement, which was sent today.

These latest scams come after a police report filed by Lim in 2016 against online claims that he had endorsed certain investment methods.

"Mr Lim is concerned that unsuspecting members of the public may be misled by all these false claims and suffer personal losses," the statement read.

Members of the public are strongly advised to protect themselves against these false and misleading claims to avoid becoming potential victims of such scams. Netizens should also refrain from circulating and reposting these false claims.