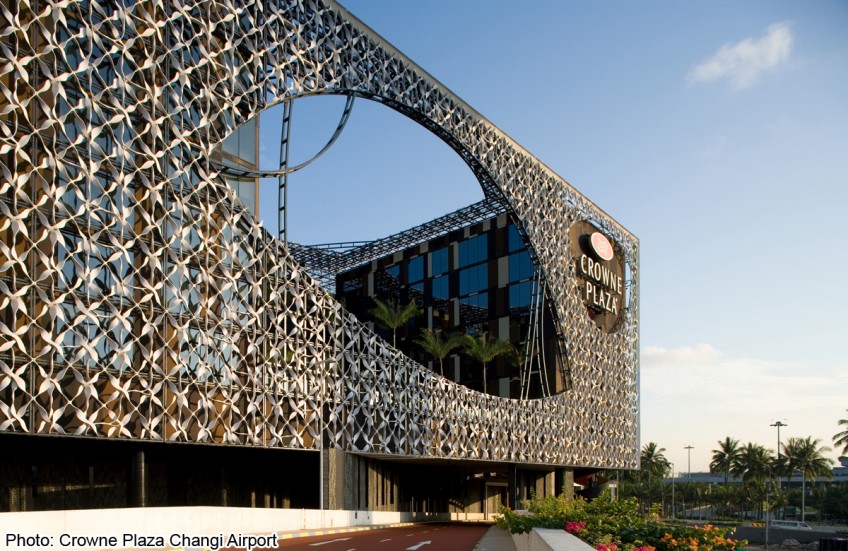 The double accolades were announced at the 2015 Skytrax World Airport Awards last week in Paris.

This is the third year in a row that Crowne Plaza Changi Airport hotel has won the World's Best Airport Hotel award.

Five of the world's top 10 airport hotels are in Asia, with Regal Airport Hong Kong at No. 2, Pullman Guangzhou Airport at No. 4, Novotel Citygate Hong Kong at No. 8 and Langham Place Beijing at No. 9.

The World's Best Airport Hotel Awards were decided by votes from 1.56 million airport hotel guests worldwide and they represent 65 nationalities.

Their votes were based on their guest experience, including hotel service standards, cleanliness, comfort of rooms and accessibility of the hotel from the airport terminal.

In the same survey, Changi Airport retained its title of World's Best Airport for the third year in a row as well, making it the sixth time that the airport has won this top title since the annual Skytrax awards started in 1999.

The hotel, which opened in 2008, will increase its room count by 243 rooms with the opening of a new wing next year.

We look forward to holding on to this prestigious honour, not just for this year, but also for the years to come."