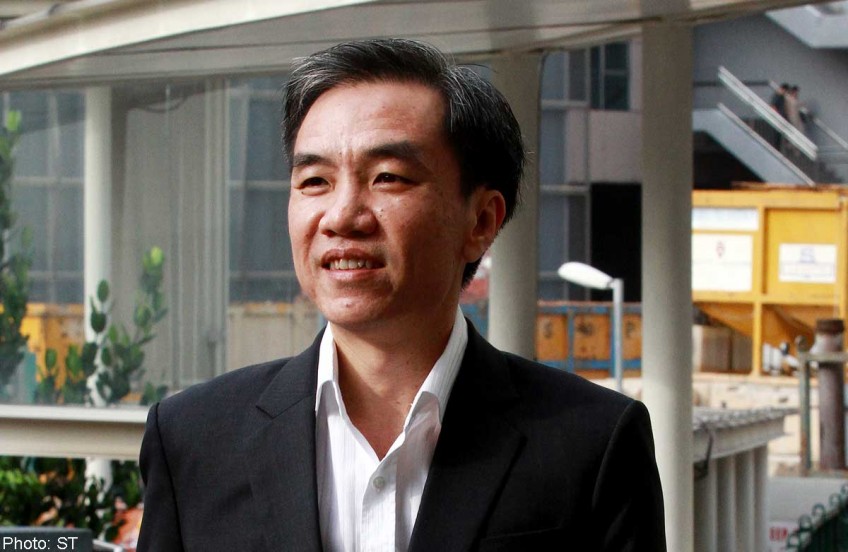 John Lam Leng Hung, 46, one of six church officials on trial, said he had told the church's former finance manager there was a need to "justify" the sales projections of Ms Ho's debut US album for 2011 and 2012, given as S$16 million and S$23 million respectively.

He had cited details, like the number of albums to be launched and copies sold, as well as distribution contracts and the projected sales volume in comparison to that of other pop acts, which were necessary to satisfy auditors that such future assets were realistic.

Ms Ho was the face of the mega church's Crossover Project, launched in 2002 as an "outreach strategy" to evangelise to non- converts through pop music.

The sales projections were to be included on the 2008 balance sheets of music production firm Xtron, run by a long-time church supporter, which was then managing Ms Ho's entry into the US market. For various reasons, the album was never launched.

Fellow accused Serina Wee, 37, who was providing accounting services to Xtron, had sought Lam's advice on the company's assets.

Wee, formerly a finance manager of the church, agreed in an e-mail that Lam had made pertinent points. She added that Kong had "some figures" and album discussions were still ongoing.

This was not the only instance Lam said he had doubts about the church's plans.

The court heard that he also opposed the board's decision to buy the Riverwalk property - ostensibly to expand the church's premises - for S$20 million. The price was too high, and he saw no need to rush into the deal, he said in an e-mail to the board which was read out in court yesterday.

For a second day, Lam's lawyer Kenneth Tan cited multiple e-mails to show that Lam, despite being on the church investment committee, knew only bits and pieces of what was going on.

Mainly he was consulted on accounting matters, Lam maintains.

He said the man who proposed the transactions central to the current trial was fellow accused Chew Eng Han, the church's then-investment manager.

Church leaders have been accused of misappropriating millions in church funds to buy sham bonds from Xtron and another church-linked firm to fund Ms Ho's music career. The leaders are said to have used building fund monies to enter a bond subscription agreement with Xtron worth S$13 million in July 2007.

This was revised upwards to S$18.2 million in August 2008 to allow Xtron to buy Riverwalk, which was at the time valued at S$17.55 million.