DPP to appeal couple's sentence for starving maid over 15 months 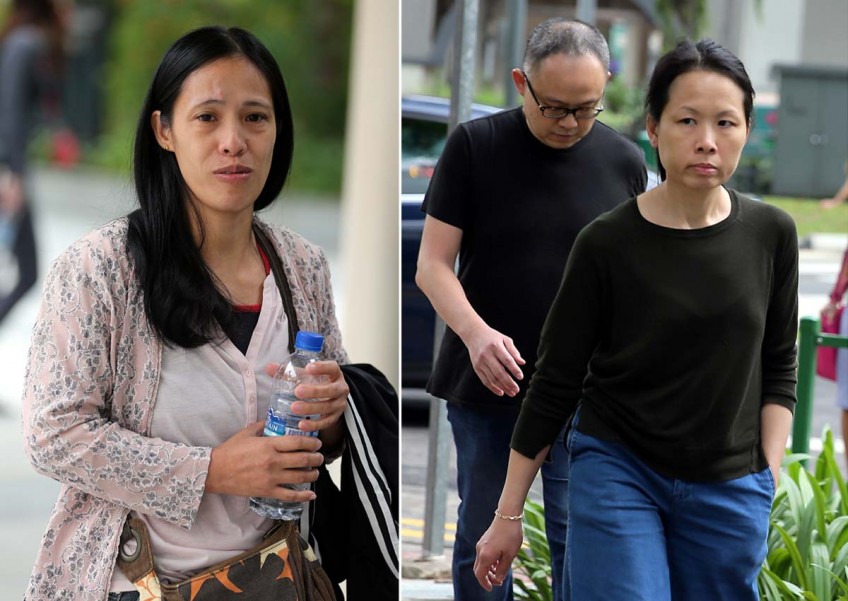 Flipino domestic worker Thelma Oyasan Gawidan's health suffered when she was given only plain bread and instant noodles by Madam Chong Sui Fon, and her husband Lim Choon Hon.
The Straits Times

The couple who starved a maid and caused her weight to plummet from 49kg to 29.4kg was sentenced to jail, but the saga is far from over.

DPP Tan, who had urged the judge to sentence the couple to the maximum jail term of a year, told the court yesterday that the couple had shown a complete lack of remorse.

He acknowledged that the couple had paid $20,000 to their former maid, Filipina Thelma Oyasan Gawidan, as part of a settlement agreement that Madam Gawidan's lawyers had requested on her behalf.

But DPP Tan added: "The payment of $20,000... does not emanate from genuine remorse, but is motivated by the hope of obtaining a lower sentence and of settling once and for all the civil claims that the victim has against the accused persons."

He also said they had originally claimed trial before pleading guilty to their offence last year.

The couple's lawyer, Mr Raymond Lye, said both of them agreed to the settlement and terms without making a single amendment.

He said: "Agreeing to Madam Gawidan's request in full without negotiation, including the terms of the agreement as drafted by her lawyers, shows remorse and regret."

Judge Low said the couple failed to comply with the work pass conditions and provide adequate food to Madam Gawidan for 15 almost months, from Jan 23, 2013, to April 18, 2014.

He told Chong: "Depriving (Madam Gawidan) of food for one year and three months is extremely aggravating."

But Judge Low said the couple were remorseful and did not intentionally seek to starve Madam Gawidan, now aged 41.

Madam Gawidan was given two meals a day while working for the couple.

The meals largely comprised plain white bread, tap water when she asked for a drink, and instant noodles. Chong did not allow her to buy food or eat any other food at home.

Chong pleaded guilty to abetting him. They are now out on bail of $3,000 each.

In a statement after the sentencing, the Ministry of Manpower said the couple have been permanently barred from employing maids.

Madam Gawidan is now working for another household here.