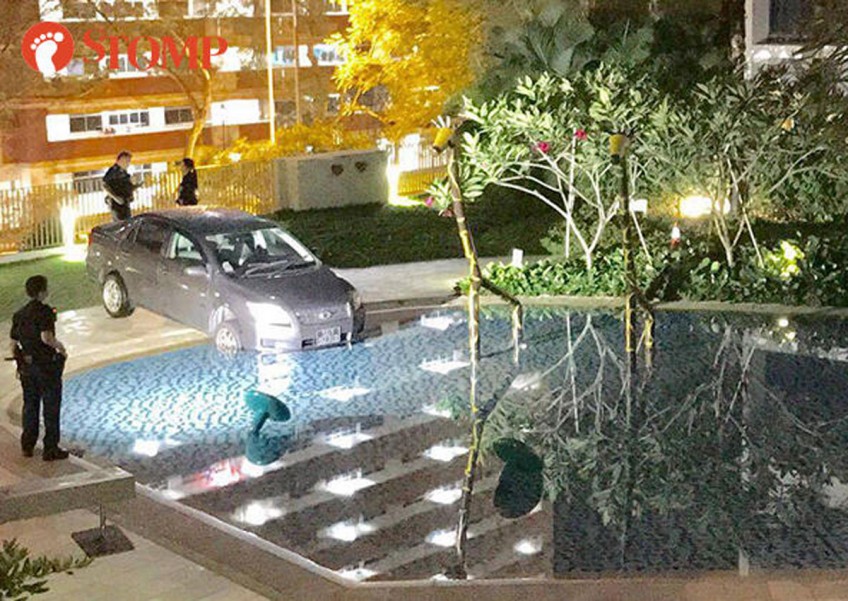 A grey car, SGY9231B crashed into a swimming pool at Skypark Residences, an executive condominium (EC) in Sembawang Crescent yesterday (Aug 8) at around 10.20pm.

Stomper N’s father who was staying in a unit directly above the pool came across the accident and took a photo, which he sent to N.

According to N’s father, no one was hurt.

The car was later towed away.

“I think the driver accidentally drove onto the grass patch on the left side of the pool, before plunging in.”

The police have issued an official statement on the incident: