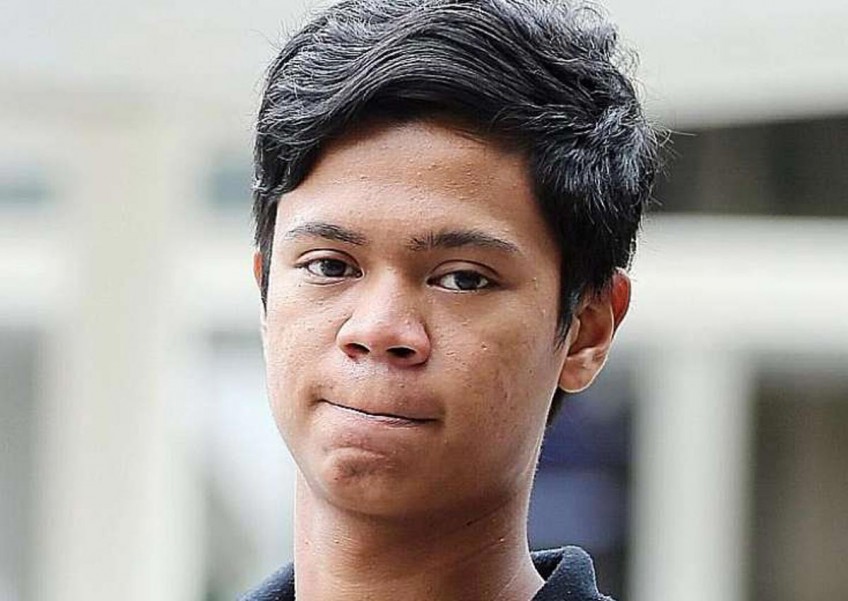 Nizam's driving caused his passenger to be flung out of his van, but he refused to let friends call for an ambulance because he was afraid he could lose his licence.
The Straits Times

He was a 20-year-old probationary driver then.

Less than 10 hours after running a red traffic light and crashing into a pedestrian, he caused a passenger in the van he was driving to be thrown out when he suddenly drove off and made a sharp turn before she could close the sliding door.

The back of 16-year-old Ms Norfatin Diana Norazlan's head hit the ground and she was unresponsive. But afraid that he could lose his licence, Muhammad Nizam Abdul Karim told his friends not to call for an ambulance.

Related: Girl, 16, dies after being flung out of van

He will also be barred from driving for five years after his release.

The court heard that on April 12, 2014, Nizam was fiddling with his in-vehicle Global Positioning System device while driving along Bedok South Avenue 2.

At about 7.50pm, he hit 18-year-old Chua Shuen Zhi at the crossing outside Bedok Green Primary School. Mr Chua was flung a distance away and lost consciousness. He needed 10 stitches to his forehead.

The van's front windscreen was badly cracked and Nizam's office required him to return it for repairs. Instead, he used it for an all-night outing with friends at Changi Beach.

At about 5.30am, Ms Norfatin and her younger sister Norfarah Aqasha got into the back of the van at a carpark there.

Ms Norfatin sat near the left sliding door, with her back against the front passenger seat.

As she was closing the door, Nizam shot off abruptly and made a right turn towards the carpark exit. The momentum caused the door to slide open, flinging Ms Norfatin out.

She hit the ground with a loud thud and her sister shouted for Nizam to stop. Friends there wanted to call for an ambulance, but Nizam berated them.

He carried Ms Norfatin to the back of the van with a male friend, and drove to another carpark. He then went to the beach to chat with a female friend, while Ms Norfarah stayed with her sister.

By 7.20am, Ms Norfatin was cold and her fingers were turning blue.

Her sister called for an ambulance, while a friend went to seek help at a nearby first aid tent which had been set up for an event. Ms Norfatin was pronounced dead in hospital at 9.25am.

Separately, on Nov 10 last year, Nizam was arrested for the possession and use of methamphetamine.

In passing sentence, Judge Tan, highlighting how Nizam failed to call for an ambulance, said: "I agree with the prosecution that the accused's actions were selfish and clearly made a bad situation even worse."

[[nid:287749]]
SUBSCRIBE TO OUR NEWSLETTER
Your daily good stuff - AsiaOne stories delivered straight to your inbox