Drugs worth over $179,000 seized; 6 Singaporeans arrested in CNB operation 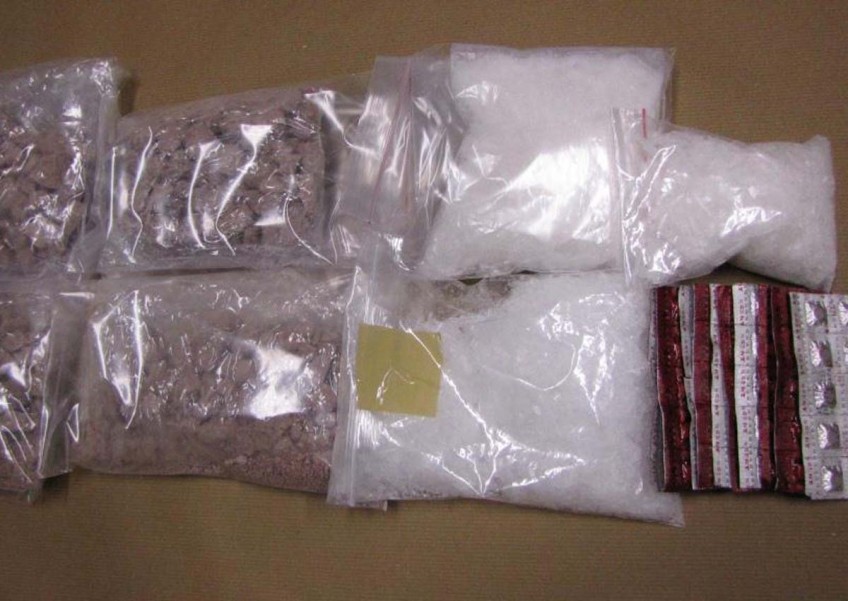 The Central Narcotics Bureau (CNB) said on Sunday that they seized about 1.7kg of heroin, 214g of 'Ice', 250g of ketamine and other drugs worth over $179,000, and also arrested six Singaporeans in an operation on Saturday (Oct 17).

During a police roadblock along Bedok North Road early Saturday morning, the police recovered about 350g of heroin, 10g of 'Ice', 81 tablets of Erimin-5, and drug paraphernalia from a car.

The male driver, 27, and female passenger, 25, were placed under arrest and referred to the CNB, resulting in the arrests of their drug associates in a follow-up operation later that day.

The first couple, a 39-year-old male and a 31-year-old female, were arrested at a HDB block near Ang Mo Kio Avenue 4. About 450g of heroin, 4g of 'Ice', 8g of cannabis, a bottle of methadone, a digital weighing scale and $15,275 in cash were seized from the male suspect.

Meanwhile, a 29-year-old male and a 32-year-old female were arrested after their car entered a carpark in the same vicinity. CNB officers recovered about 900g of heroin, 200g of 'Ice', 250g of ketamine, 100 Erimin-5 tablets, a digital weighing scale, numerous empty plastic sachets and $6,700 in cash from the vehicle.

If found guilty of trafficking over 15g of pure heroin (diamorphine), the suspects will face the death penalty. CNB said that the amount of pure heroin is sufficient to feed the addiction of about 180 abusers for a week.