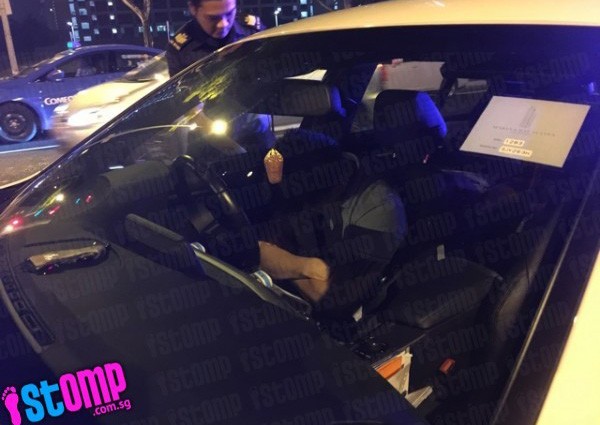 A drunk driver who dozed off at the wheel had to be woken up by police officers and other motorists when his car stalled at the junction of Bishan Road and Bishan Street 14 on Tuesday night (Oct 20).

Steven, who witnessed the incident, wrote in to online citizen journalism website Stomp and recounted what happened:

"I was driving when I saw a car stopping beside me. Other drivers were honking at him.

"I initially thought he had a heart attack. I later made a U-turn and saw that the driver had dozed off in the middle of the traffic junction.

"Other drivers were trying to wake him up by banging on his car for 15 to 20 minutes."

Steven told Stomp that he called the police and said that the driver was asked to exit his vehicle to take a breathlyser test.

A police spokesman said in response to Stomp's queries:

"The police received a call on Oct 19 at about 11.29pm, requesting for assistance at the junction of Bishan Road and Bishan Street 14."

"Upon arrival, a 30-year-old man was arrested for drink-driving."