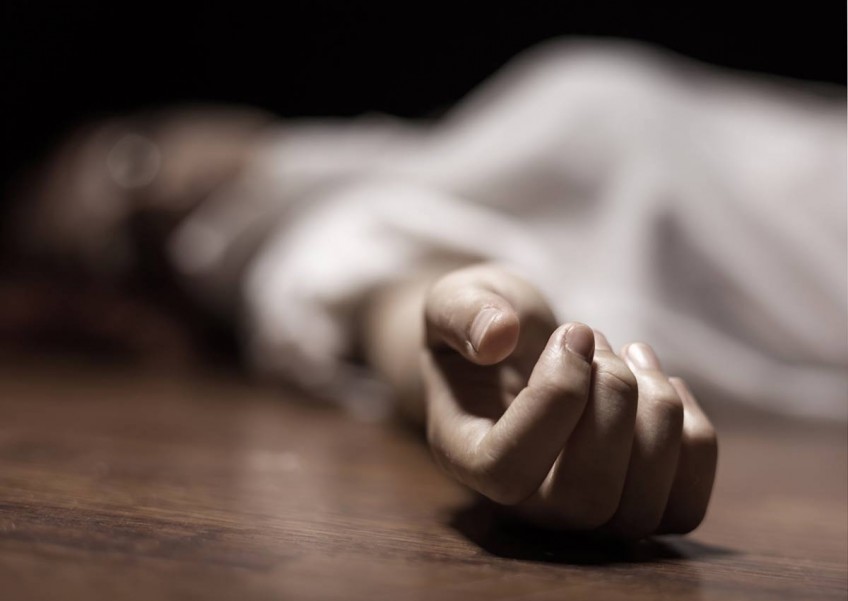 Two people were convicted on Monday (Oct 19) of depositing their friend's body on a staircase landing, and of stealing from the dead man.

A court heard that on June 2, Juwita Mohd Yusof, 36, and Karim Arshad, 42, went to 38-year-old Ms Ratnawati Samad's flat in Dover Road, to console and provide relationship advice to her. Her husband had been arrested for drug offences.

The friends stayed overnight at her home.

Some time during the night, another friend, Mr Ramdan Ishak, 37, went to use the toilet and remained inside for a long time.

When Karim went to check on him, he found Mr Ramdan sitting on the toilet bowl, seemingly asleep.

As Karim was helping him out of the toilet, he saw a syringe in the back pocket of the latter's pants.

Mr Ramdan did not reply when Karim questioned him about it, and Karim threw the syringe in the rubbish chute.

Karim, Juwita and Mr Ramdan then slept in the living room.

The next morning, at about 9.30am, Juwita found that Mr Ramdan was not breathing.

She alerted Karim, who tried to wake him up, but to no avail.

As both of them were wanted by the Central Narcotics Bureau (CNB), they decided not to alert the authorities, but to dispose of the body instead.

They also decided not to inform Ms Ratnawati, who was pregnant, as they did not want to alarm her.

Then, they carried his body and deposited it at the staircase landing between the sixth and seventh floors of the block.

A neighbour later discovered the body.

Karim and Juwita were arrested on June 4. Mr Ramdan's belongings were recovered from them.

Juwita was on Monday also convicted of failing to report for drug urine tests as per her Supervision Order. She will be sentenced on Oct 30.

Under the Misuse of Drugs Act, the Supervision Order served on ex-drug abusers lasts for a period of up to two years upon their release from the Drug Rehabilitation Centre or prison.

Karim was also convicted of drug consumption. His urine tested positive for monoacetylmorphine, a metabolite of diamorphine, which he consumed on June 4.

He was jailed for eight years and four months, with six strokes of the cane.

The maximum penalty for depositing a corpse without consent is six months' jail and a $2,000 fine.

For failing to report for a urine test under the Supervision Order, Juwita could be jailed for four years and fined $10,000.

For consuming drugs while he has a previous conviction for drug consumption, Karim could have been jailed for 13 years, with 12 strokes of the cane.