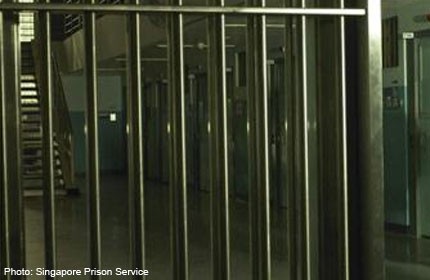 An engineer who ran a red light and ended up causing the death of a 21-year-old motorcyclist was jailed for 18 weeks on Friday.

Bian Yang, 32, was also given a seven-year driving ban for the crash at the junction of Mandai Road near the Bukit Timah Expressway (BKE) on Aug 24 last year.

He pleaded guilty to causing the death of Malaysian Aravinthan Ganesan by dangerous driving. A second charge of injuring the man's cousin, who was riding pillion, was taken into consideration during sentencing.

Bian, who could have been jailed for up to five years, had been suffering from depression since the accident, his lawyer Edmund Wong told the court.

The accident occurred 11 months after Bian, who is married with a son, received his driving licence.

He was travelling at between 70kmh and 80kmh along Mandai Road when the traffic light turned amber that morning. So he sped up, hoping to cross the junction before the light turned red.

But when Bian's car did cross the junction's stop line, the light was already red.

He hit Mr Aravinthan, who was making a right turn into the BKE after travelling in the opposite direction. The rider was flung to the left kerb and his 23-year-old pillion rider, Ms Sasikala Krishna Murthi, thrown onto the road.

Bian, who was originally from China before becoming a Singaporean, stopped his car to help the two victims.

But Mr Aravinthan was pronounced dead at the scene.