Englishman shows he is a big admirer 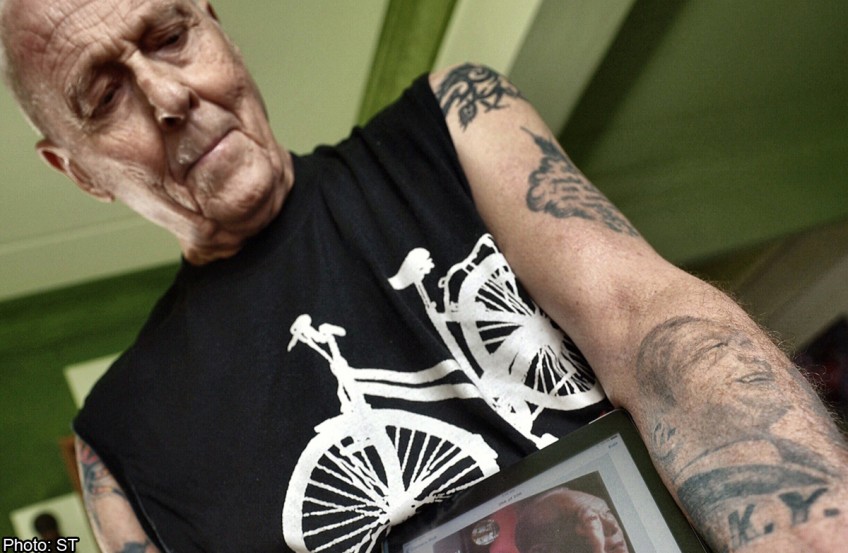 Mr Roy Barker, a Singapore permanent resident, is proud of the tattoo of Mr Lee Kuan Yew on his left forearm. He says “there’s always a good reason behind (Mr Lee’s) strict policies”.

MR LEE Kuan Yew certainly made his mark on Englishman Roy Barker - the permanent resident has a tattoo of the former Prime Minister on his left forearm.

The black-and-white portrait of Mr Lee is carved on the inside of Mr Barker's forearm. The tattoo spans the area from where his watchstrap starts to his inner elbow, complete with the initials L.K.Y.

The 73-year-old retiree told The Straits Times: "A lot of people never liked Mr Lee because of his harsh policies and asked, 'What do you want to get a tattoo for?' I would say, 'He's a great man, he deserves it, and I want to give him recognition.'"

Mr Barker, who has lived in Singapore since 1973, was not a fan initially, finding Mr Lee's early policies harsh. The campaign against men having long hair, for example, was "unheard of".

But Mr Barker, who hails from industrial Sheffield in northern England, "started to understand he was doing everything for the good of Singapore and Singaporeans. There's always a good reason behind his strict policies and he's not doing it to be funny".

The prominent tattoo of Mr Lee is one of eight Mr Barker sports, including two marking his time in the British army - which led him to Singapore in 1965.

"What Mr Lee did in Singapore, the Western leaders have been grappling and trying to do for years, and he did it almost overnight," said Mr Barker, who is married with three children.

"He gave everybody their own home. When I was a young kid in Sheffield, I didn't know anybody who owned a home."

[[nid:183668]]
SUBSCRIBE TO OUR NEWSLETTER
Your daily good stuff - AsiaOne stories delivered straight to your inbox