EPL fans can stream matches live from US site 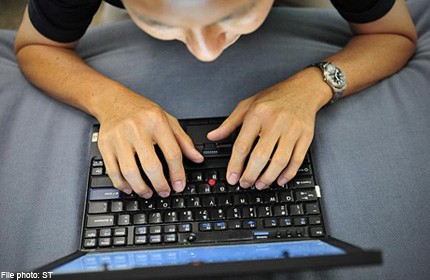 SINGAPORE - Since last month, MyRepublic has been able to connect customers to United States-based video streaming site Fox Football 2Go using technology that tricks the site into thinking the customer is logging in from the US.

This makes it the second ISP here, after ViewQwest, to link users to video streaming sites with restricted access.

Fox Football 2Go, which offers a host of football content including EPL and Champions League, limits access to residents in regions such as the US.

Some savvy users in Singapore are bypassing such content restrictions through virtual private network (VPN) services, available online for as little as US$10 (S$12.60) a month. But they also need to tinker with router settings to accept the VPN, which is too complicated for most people.

MyRepublic does away with this hassle and embeds the settings into its broadband network.

The service, called Teleport, has been available since April for accessing video streaming sites like Netflix and Hulu.

All of MyRepublic's 12,000 broadband customers are on Teleport, a free add-on until the end of this year.

There may be an additional monthly fee paid to some video sites for their content. For instance, Fox Football 2Go charges US$19.99 per month, which can be paid online with a Singapore credit card or via PayPal.

ViewQwest said its customers are also able to stream from Fox Football 2Go through its VPN service launched in April last year. It does not track how many subscribe to the site.

IT consultant Nigel Tan, 27, said he signed up for Fox Football 2Go because it is "value for money" and can be cancelled anytime, whereas pay-TV operators here tie subscribers to at least a year's contract.

Technician Syed H., 32, said US$19.99 per month is not too much to pay, considering local pay-TV charges. "SingTel had also warned it would raise the price of EPL for the coming season," he said.

The last season of EPL, bundled with other premium content like Uefa Champions League and Spanish La Liga, cost $34.90 from SingTel.

Although VPN services and content streaming are legitimate, users could be breaching copyright laws in using content without the requisite permissions from the sites, said media lawyer Bryan Tan, a partner in Pinsent Masons MPillay LLP.

Mr Leong said while the service could be viewed as an online parallel import, "it may still run afoul of the Copyright Act".

However, technology that circumvents geographical blocks for video streaming is an untested area in the courts.

Mr Lawrence Chan, MyRepublic head of product, however, stands by his company's service as the middleman, saying: "We don't host, broadcast or store any content."

A spokesman for the Intellectual Property Office of Singapore said consumers should consider carefully the terms stated by both the local service provider and the specific content site being accessed.

Said the spokesman: "This appears primarily to be a licensing and contractual matter."

SingTel said it could not respond by press time.

Till now, it has yet to release price plans for its EPL packages.

SingTel has asked Minister for Communications and Information Yaacob Ibrahim to overturn the Media Development Authority's decision requiring it to share the Singapore broadcast rights for the next three seasons of EPL with its rival, StarHub.