Every photographer's dream... and nightmare 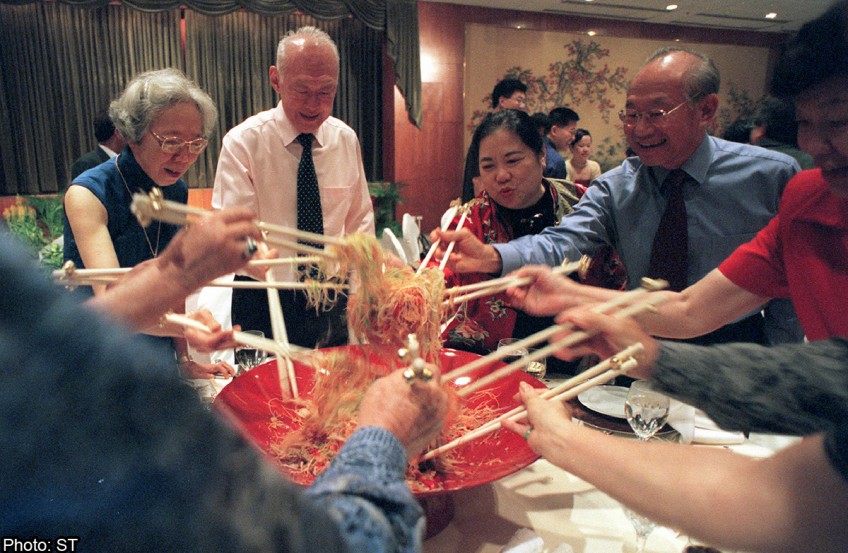 I BEGAN photographing Mr Lee Kuan Yew soon after I joined The Straits Times in 1995, and over the next 20 years, I photographed him extensively for news assignments and the 2011 book Hard Truths To Keep Singapore Going.

I also accompanied him on official trips overseas. Mr Lee was every photographer's dream and nightmare.

He was ever intimidating, impatient with the time-sapping craft of photography.

His aversion to flash photography, especially in his later years, meant that photographers had less than a minute to shoot, before being asked to turn off their flashes.

Mr Lee was not one to pose. He never fussed over his public image. He refused to be staged. Not ready? You missed the shot.

I don't remember anyone ever calling out to him to look in their direction, the way press photographers routinely cajole other politicians.

In 2013, when he received an honorary Doctor of Laws degree from the National University of Singapore, one photographer bravely beckoned him to hold up his newly minted scroll.

Squaring his shoulders, Mr Lee replied: "I will hold it my way."

On the occasions I photographed the Lee family, including their Chinese New Year reunion dinner in 2011 and 2013, I noted that even his extended family members held him in awe.

Once, they unanimously applauded when he entered the room. Everyone arranged themselves for the reunion photograph, then he strode in to take his place. A few clicks later, dinner was served.

Yet, having said all that, Mr Lee was every photojournalist's dream subject.

There were no dull, impassive interviews. No hemming, no hawing. No ambiguity.

He was unfailingly expressive. His was raw emotion at work, with that trademark wagging finger, clenched fist and throaty guffaw.

In 2013, while putting together the Lee Kuan Yew - A Life In Pictures book, I was given access to more than 20 large boxes of the Lee family's photo albums.

What a privilege it was to leaf through thousands of never-before-seen images chronicling his most personal and private moments.

There were hundreds of well-documented official overseas trips he made as Prime Minister, Senior Minister and Minister Mentor, growing up photos of the Lee children flashing toothy grins in their Oxley Road home, donning graduation gowns, getting married and having children themselves.

What struck me was how ordinary this extraordinary family's photo album was, what everyday milestones it covered.

I was also taken by how most of the photos were diligently captioned in neat handwriting by Mrs Lee, detailing where and when they were shot.

She obviously cherished every moment of bringing up her children and grandchildren.

When I presented a copy of A Life In Pictures to Mr Lee in 2013, he peered at it with interest.

He was approaching 90 then. But the years faded away as he lingered on a shot of him and his children playing with their dog at the Istana.

"I should have been 40 here," he reminisced, and went on to recall his children's ages then.

It was a moment I will always hold close to my heart, and which I will share with my children and grandchildren.