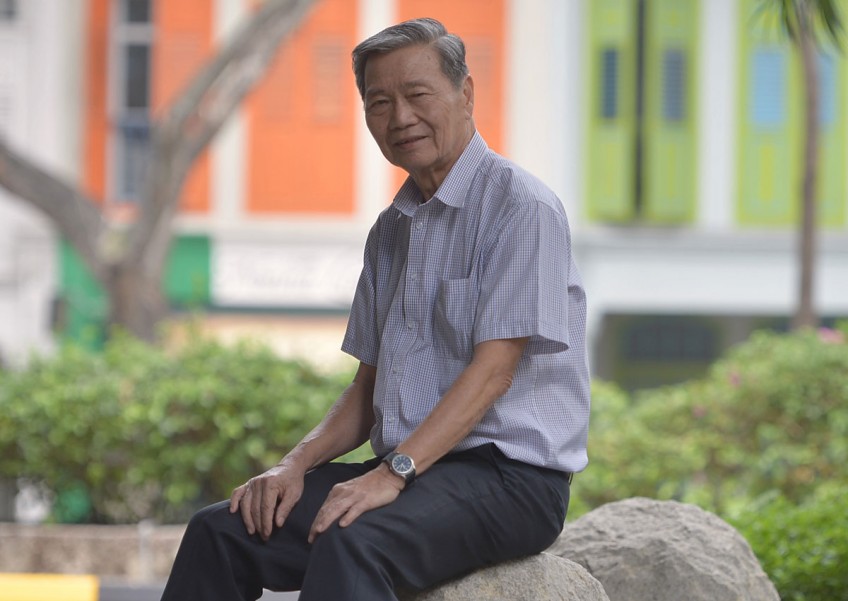 As a field officer in drug enforcement, Mr Lee Cheng Kiat was well known for being garang (Malay for fierce).

Now no longer doing field work, the 70-year-old admits he found it hard to put his emotions aside and focus just on the work as he witnessed first-hand families being torn apart by the debilitating effects of drug abuse.

"When we conducted drug busts and had to take the parents away, we also had to make sure their children had somewhere to go, whether to a relative's home or the social services. It left me with very mixed emotions. I'd feel a little sad after the job was done," says the former Central Narcotics Bureau (CNB) field officer.

He retired from field work in 2003 after 38 years in drug enforcement and now holds a desk-bound job as a registry officer at the CNB.

The hours are regular but he misses the hectic pace in drug enforcement: "Every day is never the same if you go out in the field."

This despite a long work day of up to 14 hours, filled with the protracted processes of surveillance, gathering intelligence and evidence before conducting a drug bust and then charging suspects in court.

Over the years, the types of drugs consumed have changed, from opium smoked in dens in Chinatown in the early years of independent Singapore to the trafficking of addictive substances such as MX pills in the late 1980s. To keep officers at bay and to buy time to escape, an opium den would be fitted with a heavy wooden door that took time to break down. Sometimes, there were two doors and more flights of stairs.

But all drugs are the same to Mr Lee: "All are deadly. Once you are hooked, there is no such thing as a mild drug."