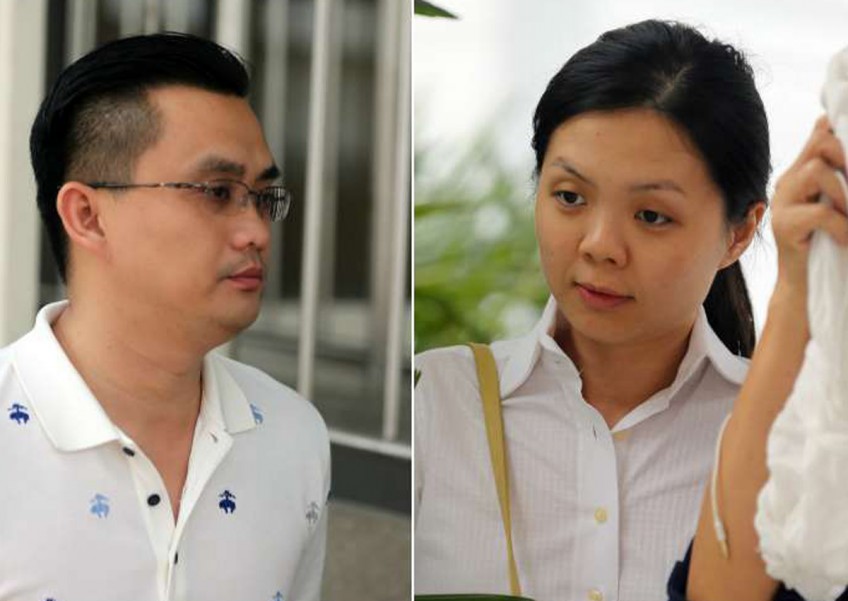 SINGAPORE - A former director of Resorts World Sentosa (RWS) was charged on Wednesday with receiving bribes totalling $317,000, while a freelance quantity surveyor allegedly abetted him.

Soh Yew Meng, 36, faces four charges of receiving bribes from three contractors and three of trying to get bribes from two others.

Freelance quantity surveyor Tan Siow Hui, 32, is accused of three charges each of conspiring with Soh to receive bribes and attempting to get an unspecified amount of bribes.

Soh was with RWS when he allegedly received $150,000 on two occasions from Shanghai Chong Kee Furniture & Construction managing director Tan Ken Huat to further the business interest of the furniture company with RWS in July 2013 and between Dec 23, 2013 and Jan 15 last year.

Soh is said to have obtained $2,000 from freelance lighting designer Teo Sin Tiong of Maple Lighting Studio on July 28, 2013, as a reward to further the business interest of the studio with RWS.

Soh is also accused of getting a $15,000 bribe from Beyond Builders director Tan Choon Hung, through Tan Siow Hui, between Nov 11 and 19, 2013 to further the business interest of Beyond Builders with RWS.

The other three charges were for allegedly trying to get unspecified sums of money from Mr Goh Kheng Heng, one of the directors of Novelty Project Services, and Mr Douglas Gwee Kok Nian, unemployed, through Tan Siow Hui, in 2013.

Both the accused are represented by lawyer Dora Boon, who said her clients are claiming trial.

The court heard the the anti-graft agency has recovered about $170,000.

A pre-trial conference will be held on Oct 23.

The maximum penalty for corruption is a $100,000 fine and five years' jail.

This article was first published on Sep 23, 2015.
Get a copy of The Straits Times or go to straitstimes.com for more stories.