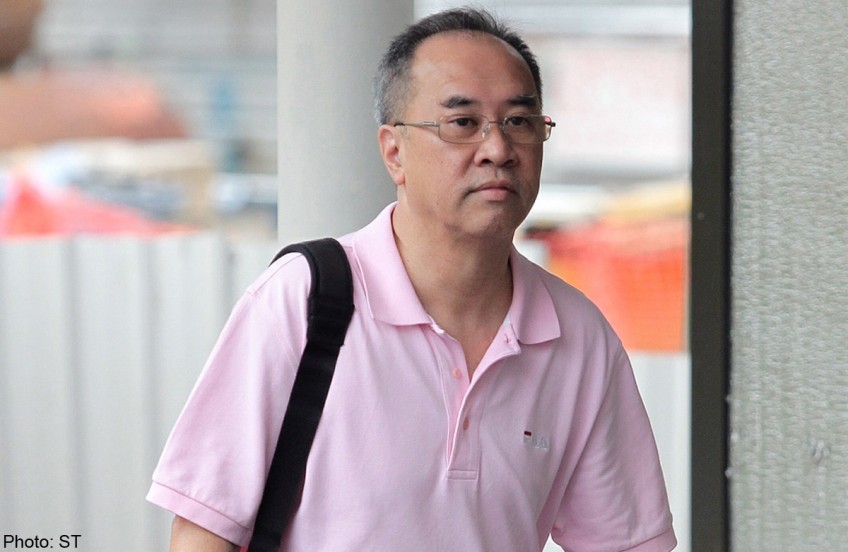 Koh was JJC principal from 2003 until 2009, when he became principal of River Valley High School in 2009. Dubbed as one of the "super principals" when appointed cluster superintendent in 1999, Koh was at one point in his career with the education service, overseeing 11 schools in the south zone.

SINGAPORE - A former school principal was hauled to court by the Corrupt Practices Investigation Bureau (CPIB) on Thursday, to face charges of giving false information over an alleged affair with a vendor.

In 2012, the Corrupt Practices Investigation Bureau (CPIB) investigated Steven Koh Yong Chiah, 59, the former principal of River Valley High School, for a possible corruption offence involving a vendor he allegedly had an affair with.

The court heard that Koh, when he was the principal of Jurong Junior College (JJC), gave false information to a public servant who was tasked to assess the truth of an anonymous complaint lodged against Koh alleging his misconduct in having an affair with Ms Loke Wai Lin, who worked for a service provider of JJC.

He stated that he did not have an affair with Loke.

In the second charge, Koh is accused of lying to a CPIB Chief Special Investigator in a statement recorded in relation to his first sexual contact with Loke, where he stated that the place where they had their first sexual contact in 2006 was in his Hyundai Trajet car likely in the vicinity of Tamah Merah ferry terminal.

Koh, who was the principal of River Valley High School at the time of the second offence, has denied both charges.