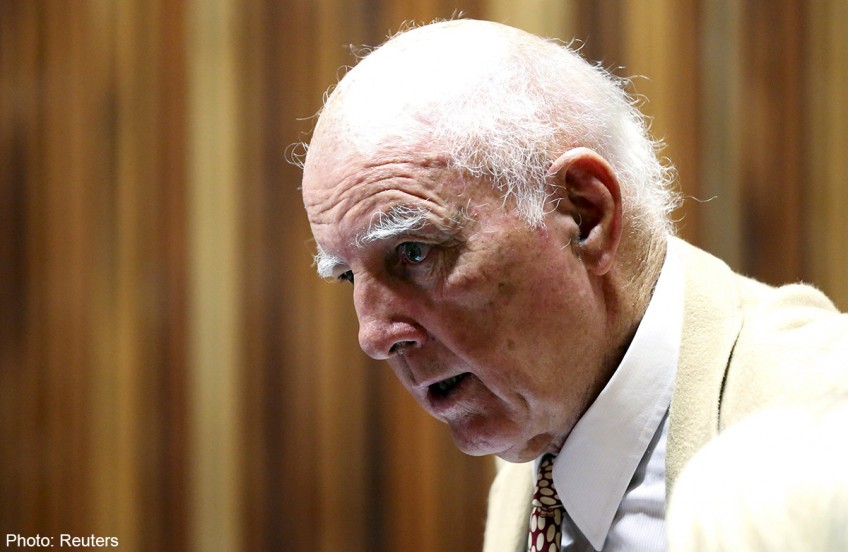 JOHANNESBURG - Australian-born former tennis Grand Slam champion Bob Hewitt was found guilty Monday in South Africa of raping and assaulting young girls whom he was coaching in the early 1980s.

Hewitt, 75, had pleaded not guilty to the two charges of rape and one of indecent assault, which were brought against him by three women in 2013.

Judge Bert Bam at the South Gauteng High Court outside Johannesburg described the evidence against Hewitt, best known as a doubles star, as "overwhelming", the SAPA news agency reported.

During the trial, his victims said that Hewitt assaulted them during private tennis lessons when they were young girls.

"Time did not erase the crimes. A guilty person should not go unpunished. The scales of justice tip against the accused," Bam said.

One woman testified that Hewitt had told her "rape is enjoyable" as he assaulted her.

Another victim told the court he had touched her inappropriately 34 years ago and forced her to perform a sex act on him when she was 12 and 13.

Hewitt won numerous Grand Slam events during his career in the 1960s and 1970s and was named to the International Tennis Hall of Fame in 1992.

But his name was removed from the hall of fame in 2012, following allegations that he sexually abused girls he coached.

Hewitt was born in Dubbo, Australia but has spent much of his life in South Africa.