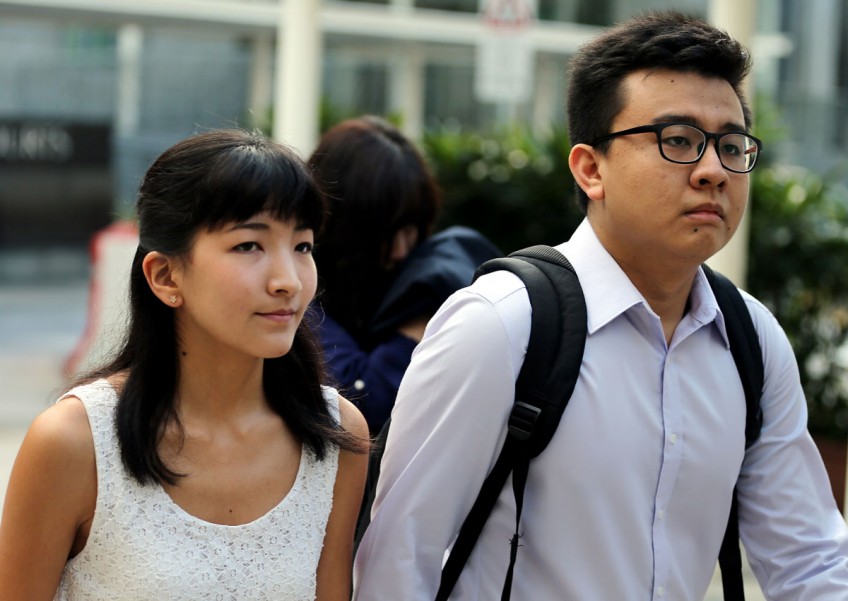 The two editors of former sociopolitical website The Real Singapore (TRS) are back in business - this time in the food-and-beverage industry.

The Straits Times understands that Yang Kaiheng, 26, and Ai Takagi, 22, are running ramen stalls in two food courts at the National University of Singapore (NUS).

Named the Takagi Ramen Shop (TRS), both outlets opened at the end of August and are located in the canteens of Prince George's Park Residences and the university's Bukit Timah Campus, near the Singapore Botanic Gardens.

A check on TRS' social media accounts revealed that both stalls sell several variations of the popular Japanese-style noodles, including tonkotsu (pork broth) and miso ramen.

The shop carries the tagline "Ramen for the Average Singaporean" and aspires to "bring authentic and quality Japanese ramen to Singapore food courts".

"I was told her daughter-in-law's (Takagi) family owned a chain of ramen shops in Australia," Ms Kweh, 48, told The Straits Times.

"After trying their ramen, I was impressed by the taste and quality of the ingredients that they used, and decided to give them the contract.

"It was only afterwards that I found out about their background, but it's not a problem for me. They are making an honest living at the moment."

Netizens on local forum Hardwarezone claimed to have spotted the pair cooking and helping out at both stalls.

Ms Kweh clarified that Takagi does not actually work there, but visits both stalls occasionally. Yang and his mother are in charge of running the business, she said.

Yang, a Singaporean student, and his girlfriend Takagi, a Japanese-Australian law student from the University of Queensland, were charged in April with seven counts of sedition for publishing articles that allegedly promoted ill will and hostility between different races or classes in Singapore.

The maximum punishment under the Sedition Act is a $5,000 fine and three years' jail on each charge.

The next pre-trial conference for the couple's case is scheduled for Oct 1.

They are also facing a copyright infringement suit from Singapore Press Holdings, which alleges that content from its newspapers were reproduced on the TRS website without permission.

The site first came under the investigation of the police in February, over an article about an incident that occurred during the Hindu festival of Thaipusam on Feb 3.

Yang and Takagi were arrested on Feb 6 under the Sedition Act.

The Real Singapore's operating licence was subsequently suspended by the Media Development Authority (MDA) at the beginning of May, and it was forced to shut down.

In its explanation for the unprecendented move, MDA said TRS had published material that was "objectionable on the grounds of public interest, public order and national harmony".

MDA also noted that falsehoods were inserted in the site's articles to make them more inflammatory, believed to be a deliberate move to increase traffic and advertising revenue.