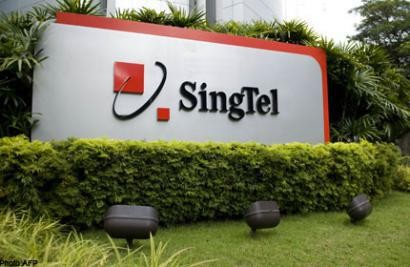 SINGAPORE - SingTel's customers will be paying twice as much for their excess data charges if they use more than what their data bundle allows.

They were informed of the increase this week, two months after the telco responded to talk of an impending increase and assured customers there were no plans to raise rates last month.

The new rate will kick in on Sept 16, when usage that exceeds a customer's data allowance - which starts at 2GB - will be billed $10.70 for each gigabyte but capped at $188 a month.

When contacted on Wednesday, a SingTel spokesman said the $5.35 per GB rate was a special promotion with the launch of its 4G service in June last year. It was supposed to have ended on Jan 1 this year, he added.

The increase will affect immediately those on SingTel's 4G mobile data plans, all of which are bundled with tiered mobile data charges. It has 537,000 such users as at end June.

Those on 3G subscription plans - totalling 1.57 million - will not be affected unless they enter a new contract from Sept 16. The same applies to those on its Broadband on Mobile plans - which allow laptop users to go online wirelessly via a 3G SIM card.

SingTel told customers of the changes via SMS and snail mail.

But in June, it had dismissed talk of raised rates following complaints from netizens after a user of HardwareZone website posted a screen capture of the telco's "frequently answered questions" webpage showing the new rates, to take effect from last month.

SingTel responded with an apology and said the information was "erroneously posted" on its website. It also said it would notify customers in advance of any such changes.

On Wednesday, SingTel said that apart from the 537,000 4G users, the new rate will affect about 85,000 of its 3G customers on tiered data plans who are exceeding their monthly data allowance.

Telco M1 charges the same rate as SingTel now does for excess usage for all its 3G and 4G mobile data customers.

When contacted, an M1 spokesman said it "will review excess data pricing at an appropriate time".

StarHub charges $6.42 per GB of excess data used, capped at $64 a month. Its website says these promotional rates are valid until the end of the year, after which an $8.56 per GB charge, capped at $85.60 per month, will apply.

Researcher Solomon Chang, 36, said he would more actively seek Wi-Fi networks for his mobile data needs when excess data rates double. He owns a 4G phone with a data plan capped at 3GB, a limit he sometimes reaches.