Failure only makes you stronger 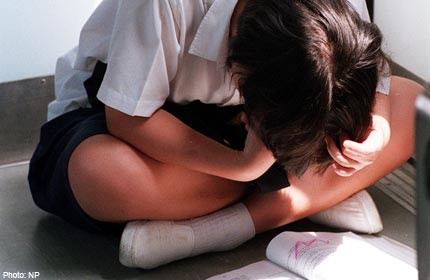 SINGAPORE - I sat on a comfortable couch in the living room of a spacious terrace house. The woman across the coffee table from me was in her 50s, petite and soft-spoken.

Decidedly unthreatening surroundings. Yet not so.

The source of my anxiety was the fact that I was being interviewed by an alumni of a reputable university in America, as part of my admission application.

I was counting down the days of my national service and waiting excitedly to enter college. Naturally, my youthful mind convinced itself that a lot was at stake. What happens here and now could be life-changing, I told myself.

We may have begun with small talk - I can't remember clearly anymore - before moving on to more substantial matters.

But I remember distinctly the moment I froze. The blood surging to my head, the blurring of my mental faculties and the furious beating in my chest.

I had made a verbal gaffe.

And just as in emergency medicine where there is what you call a golden hour, after which the probability of death prevention plunges, in any gaffe, there is a golden pause, lasting, I would say, no more than three seconds.

You either find the words to graciously resolve the gaffe - which, if done well, makes you look better than if the gaffe had not been made - or you forever live with the memory of the embarrassment.

But try as I might, I could not find the right words, let alone deliver them through my parched tongue and dry lips.

I folded under the weight of pressure.

Last week, as I sat on the couch - this time in my own living room - watching the Wimbledon women's finals match, this incident came back to me.

The 23-year-old German Sabine Lisicki (23rd seed) was in her first Grand Slam finals - the game of her life. She had confounded all expectations in earlier rounds, beating America's Serena Williams (top seed) and Poland's Agnieszka Radwanska (4th seed).

In the end, she crumbled under stress. It was, after all, a Wimbledon final, and millions watched in anticipation of another episode of David felling Goliath.

This time, David got a battering - at the hands of a smaller Goliath. Against a much less challenging opponent than Williams, Lisicki lost 6-1, 6-4, self- destructing with a slew of unforced errors. Tears welled up in her eyes at her post-match interview as she admitted being overwhelmed by the occasion.

I'm not blind to the fact that there is very little in common between a Wimbledon final and a college interview.

And yet, the parallels do exist - as they do in millions of other instances every day of young people, lacking life experience, who crash in high-stress situations. From a first exam to a first date. Or a major assignment at work - your first break.

I recently interviewed the young boss of a successful interior design firm who told me how, as a teenager, he was greatly distressed each time he had to talk to a stranger over the telephone.

But then the saving grace is this: Most of us will grow up and grow out of our inability to maintain composure.

Defeat itself is the best antidote. We face our fears and quickly train ourselves to master some of them. We learn what it takes to avoid making the same mistakes. Above all, we realise that it is no big deal. Life goes on, no matter how disastrous a situation may have felt at the time.

Alas, things can go very wrong. The pressure might be so hard to take that one breaks down or withdraws into oneself, as must be the case for some of the 3.6 million reclusive Japanese youth - known as hikikomori - who stop leaving their rooms. For others, the experience might leave them, for years to come, bitter towards elders whom they may feel should have protected them more.

It could get worse. A friend once told me how he almost killed himself 17 years ago after he flunked his PSLE examinations. He didn't follow through, but he went right up to the edge.

Here, the lesson seems to be this: The adversity of high-pressure situations and the failures that accompany them can make us stronger. But they must be dispensed in appropriate portions, increasing only gradually each time, lest they destroy, rather than build up, a person.

I may not have been accepted by that university, but I picked myself up, reflected on what happened and accepted it for what it was.

For there is, surely, always another chance. As there will be, I trust, for Lisicki at Wimbledon 2014.