Family of victim rejects killer NSF's apology, says: 'it should be a life for a life' 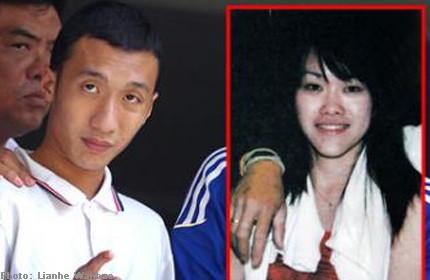 SINGAPORE - The full-time national serviceman who was convicted of killing a 32-year-old mother has offered an apology to the victim's family, who refused to accept it.

23-year-old Soh Wee Kian was sentenced to life imprisonment after pleading guilty on Tuesday (Aug 20) to culpable homicide for the fatal stabbing of Madam Hoe Hong Lin in Woodlands, and to causing grievous hurt with a weapon for stabbing another woman, 28-year-old Madam How Poh Ling, in Sembawang.

According to a Lianhe Wanbao report, Soh's lawyer had told the court that he is remorseful over his actions and that he wishes to apologise to the victim's family.

However, that was rejected by the victim's husband, Mr Ng Kak Joo, who was "disappointed" by the sentence.

"(A) life should be for (a) life", he was quoted as saying in a report on The New Paper.

The Victim's brother, Mr Nicholas Hoe, told the English newspaper that they had wanted the death penalty, but will have to accept the life sentence as "second best".