Fancy a 'float' so your cares drift away? 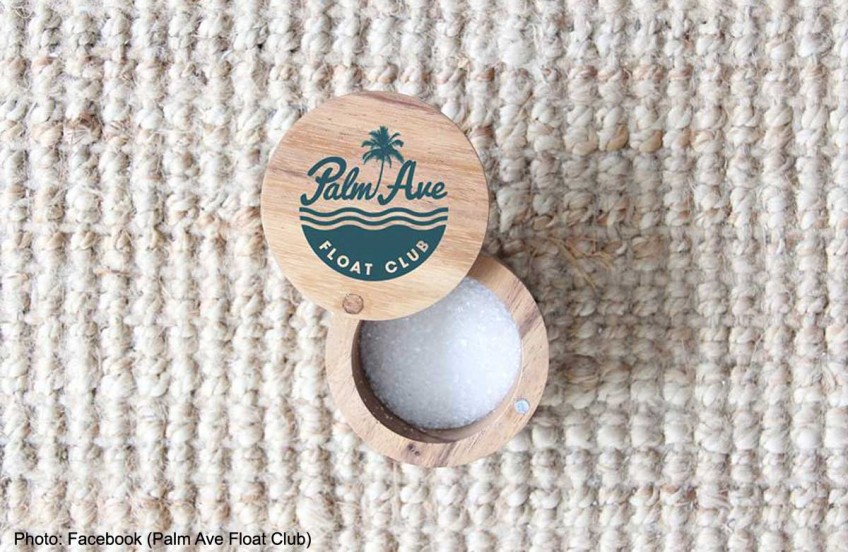 Imagine lying in a pod of saltwater - it's pitch dark so you can't tell if your eyes are open, and it's so silent that you can hear your own heart beating. All you're left with are the thoughts in your head. You're alone.

Welcome to the world of "floating".

Floating is a method of sensory deprivation, more commonly known among people who practise meditation. By removing their clothes and entering body-temperature water in the dark and silence, the aim is to remove all distraction so the mind can focus and the body can relax.

Derrick Ong, 28, helps you get in touch with your weightless self at the Palm Avenue Float Club, which he opened in mid-2014. He has three float tanks, each one about 2 m by 2 m in size, holding about 500 kg of salt dissolved in less than 30 cm of water.

"Flotation has the potential to change a person's outlook in life and give them clarity," he said, when asked why he started the business.

"This tank is like a meditation training room. When there's no light or sound, all you have are your thoughts and that's how you slip into a meditative state very easily. When you come out of the tank, it also makes you appreciate everything around you."

Most of his clients hold high-level, fast-paced jobs in stressful professions such as banking, advertising and business, he said.

"Singapore is a major city, and we have a lot of green, but we're stimulated every day by advertising and things like that. There aren't a lot of avenues in our system for people to quietly reflect on their actions on a day-to-day basis."

About 20 floaters a week came in when the business just started, he said; the number has since more than doubled to about 45 per week.

For him however, floating was far from a love-at-first-sight affair. Instead, his first encounter with floating was a "restless experience" back in 2012, while he was on an internship in Silicon Valley; the experience left him little desire to do it again.

It wasn't until a year later, when he happened to start listening to podcasts by motivational speaker Joe Rogan, an advocate of floating, that Mr Ong decided to give it another go.

This time, he found the experience so enlightening that he and his sister decided to pool together S$35,000 to invest in a machine for their own use. The money went into purchasing the machine, shipping it to Singapore, buying bath salts and even conducting a bit of renovation to have it installed in their semi-detached home.

"I floated almost every day then," he said. "I personally saw a lot of changes in my lifestyle. Like I could make better decisions and stick with them, and I was more driven. For one, I quit smoking, and ideas started coming to me more easily. Plus I wasn't so stressed out in school."

At that time, he posted advertisements online to bring customers to his home to float for a fee. As demand for the experience grew, he invested in two more tanks and set up a proper space in Chai Chee.

At Palm Ave Float Club, the price for a single 60-minute session is S$90; a 90-minute session costs S$110. Shareable packages range from S$225 for an introductory three-float package to S$800 for 10 floats.

He believes his to be the only floating outfit in Singapore, apart from one at Novena Medical Centre.

To individuals with concerns about being shut up in a silent, dark space for over an hour, he had this to say: "People have issues with being in a dark space, but most get over it very quickly. The fear of claustrophobia stems from not being able to control your environment, but once (such individuals are) in the tank, they realise they can switch the lights on and off, or open and close the door whenever they want. Eventually, they get comfortable."

Another concern is hygiene, especially since the water in the tanks is changed only every six to eight months. This comes from each change requiring the putting in of a new 500 kg batch of Epsom salts, which costs between S$1,500 and S$2,000. Each tank is kept clean by a filter that removes physical dirt; UV light kills bacteria, and swimming pool chemicals such as chlorine also sanitises the water.

What about drowning, you ask.

To this, Mr Ong chuckled and replied: "It takes effort to sink, much less drown."

He added: "Just go in and try it for yourself, expect nothing, try to appreciate the 90 minutes of being alone. It is when you can relax and not worry about things you have to do or things that have happened. Just be happy being in the tank."

Open 10am to 10pm daily (by appointment only)