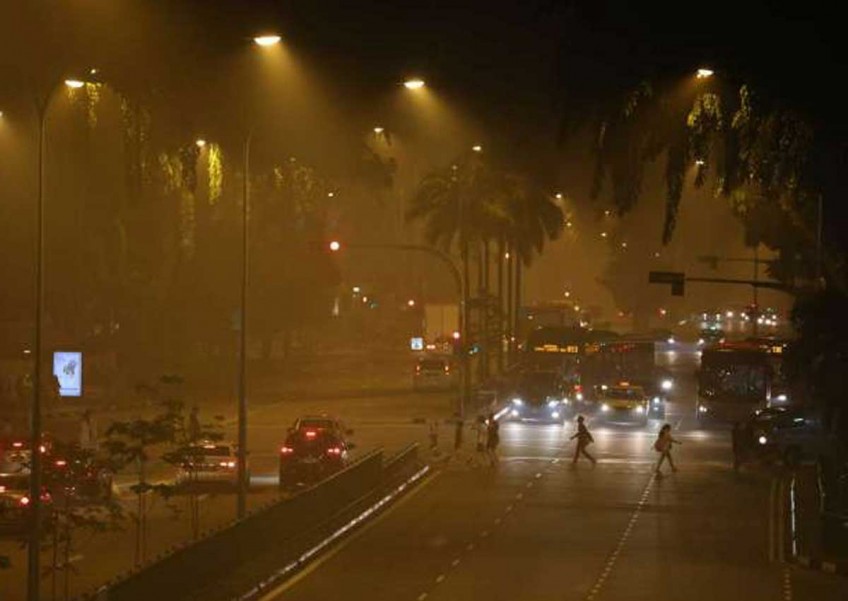 Only half of the kindergartens that remained open yesterday had any pupils showing up, as parents largely kept their children indoors.

Most of the 500 kindergartens in Singapore stayed open, while the Ministry of Education (MOE) closed its 10 kindergartens and 20 special education schools.

Many thought as freelance editor Jane Huang did, who said she did not take her three-year-old daughter to kindergarten to avoid needless exposure to the haze.

"The kindergarten is fully airconditioned but you still need to walk there and there was always the risk that it (the haze) could get worse," said the 31-year-old, who works from home.

For the most part, parents heeded the ministry's advice to keep their children home as even childcare centres, which working parents rely on, had fewer children come in yesterday.

At Cherie Hearts @ Bedok Central, which provides childcare and pre-school services, only about half of the 63 children enrolled were present at 10am.

"Usually we take them outside to look at the community garden or walk around the shops for exercise," said branch director Yong Pueh Teng.

"But we had to scale down today and do some indoor activities instead."

Attendance was even more paltry at Queenstown Lutheran Church Kindergarten, which had only eight out of 50 children for its morning session yesterday.

Mrs Kendes Toh, a teacher there, said the kindergarten suspended all outdoor activities and the children stayed inside for arts and crafts and music instead.

Kindergartens said they stayed open to minimise inconvenience to parents. They had also not been told to close by ECDA.

As of 4pm yesterday, about 30 pre-schoolers had reported to the 10 MOE kindergartens- about 3 per cent of the total cohort, said MOE at a briefing yesterday.

Housewife Peng Yoon Moi, who took her six-year-old son to the Queenstown Lutheran Church Kindergarten yesterday, said she was relieved it had stayed open.

"I had to go out in the morning and there was no one to look after him at home," said the 48-year-old.