Finding their own way to remember Mr Lee 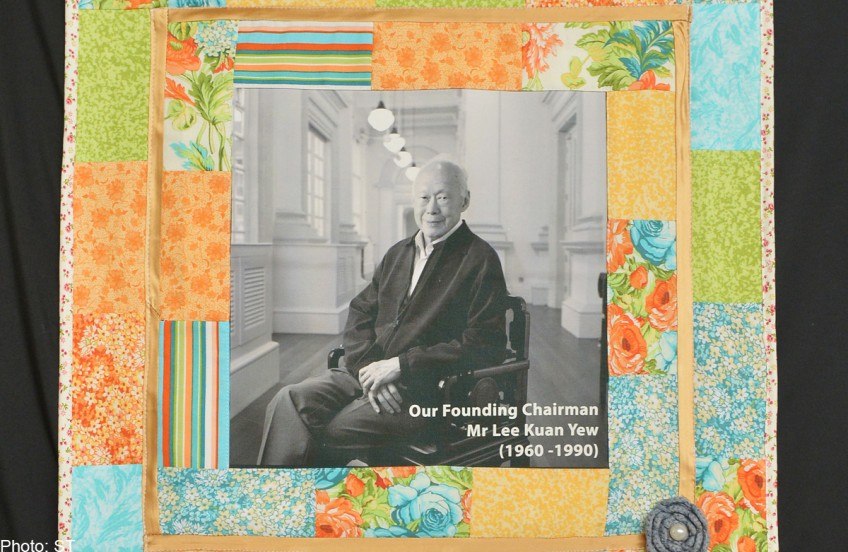 IT IS not easy to sum up a life. Madam Imro'ah Dasuki tries. She wants to leave, embarrassed by the tears that come so easily to her. She somehow thinks it is not proper to show emotion.

But she also wants to tell me something, about how one life changed hers.

Born 58 years ago, she grew up poor, in Kampong Darat Nanas, close to Changi Prison. Her father died young.

"My mother had a hard life," she says, with urgency in her voice. Food was scarce, and they scraped a living selling kueh.

Mdm Imro'ah, now a housewife, got to Secondary 4. She wanted her two daughters to go further, to live lives that were easier.

Today, both are graduates of the National University of Singapore and work in major corporations.

She came yesterday to thank Mr Lee Kuan Yew, she says. I ask what for, and like everyone I interviewed, her answer could be summed up as: Look at my life. Look around you.

She had come to the condolence site in Bedok Central with her granddaughter Natasha Nadira Imran.

On a piece of POSB stationery, in very neat handwriting, the nine-year-old has prepared the few lines she would copy into the commemoration book.

In her best voice, she reads: "He was a giant of a leader when Singapore needed one…. Our successful Singapore is his legacy. He shall be remembered."

Madam Imro'ah seizes her chance to leave, her hand clutching her granddaughter's, so she can remember, and shed her tears in private.

In this white tent, in a scene replayed at several other sites around the island, people are laying flowers, sitting, remembering. Here in Bedok, a few weep openly, but for the most part, people are composed.

They speak of Mr Lee in familiar terms - that he lifted a country by its economic bootstraps, crushed corruption, made the streets safe and clean and green, and forged a nation out of diverse peoples. One man from China respects Mr Lee for helping his country walk the path to prosperity in the 1980s.

Ms Koh Kit Meng, 63, a retired senior secretary, remembers a few key images. Such as when he passed a kiss from his hand to his late wife, Madam Kwa Geok Choo, at her funeral in 2010. She was also glad when he stepped down as Prime Minister in 1990 to take on an advisory role as Senior Minister.

"He was always worried for Singapore, always thinking of Singapore. I wanted him to take life a bit easy," she says.

Everyone has his or her way of remembering. For Ms Shirley Tin, 43, a designer, it was to go online. She is here with husband Kong Chee Hoe, a photographer, and two children. She dabs at her eyes.

"Last night I watched the YouTube videos. Of him, speaking, to students, to everyone," she says.

In the book, she writes: "Love and respect, for you, beyond words. Chee Hoe, Shirley, Oliver, Sonya."

I see and meet people wearing Panasonic uniforms, from the nearby factory. There are managers on a lunch break from Land Transport Authority. There is a Japanese woman with two children in line to sign the book. There are three mainland Chinese engineers and a public relations executive from India.

Then there are the men and women who hang back outside the tent, looking on, a few with red-rimmed eyes, not wanting to fully participate, but desiring the company of others, united and grieving quietly.