Fire traps Woodlands family of 7 on their condo balcony 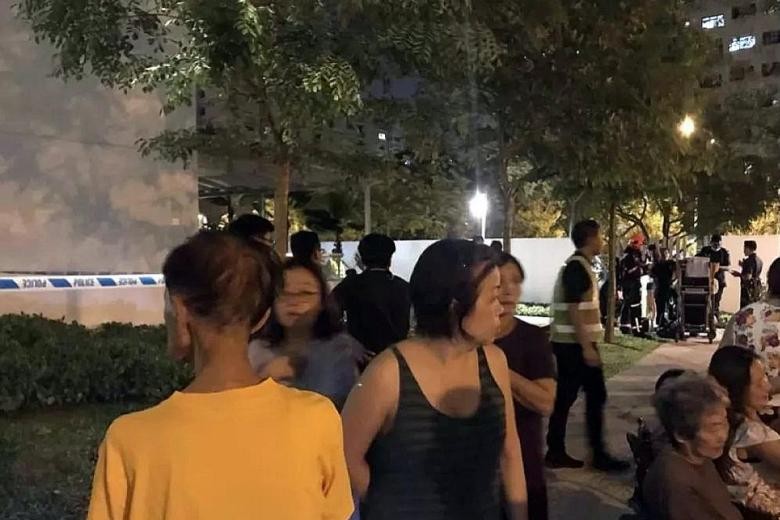 A family of seven was trapped in their Forestville executive condominium (EC) in Woodlands on Saturday evening after the digital lock to the main door failed to work during a fire.

The family, which included three young children and a woman in her 60s, huddled at their balcony on the eighth storey while waiting to be rescued.

They were rescued by the Singapore Civil Defence Force (SCDF), but one of them was taken to Khoo Teck Puat Hospital for smoke inhalation.

An SCDF spokesman said they responded to the fire at 34 Woodlands Drive 16 at 9.35pm.

He said: "The fire, which involved an e-bike, was extinguished by SCDF using an internal hose reel. The cause of the fire is under investigation."

Residents of the block were also evacuated.

Neighbours of the family reportedly told Chinese news site, Singapore Eye, the fire had started from the mobility device. The report said the device was being charged near the unit's entrance, and heat from the fire caused the unit's digital lock to fail.

The New Paper had reported an e-scooter caught fire when its owner had unplugged it from the charging socket in a Woodlands flat on Aug 14.

The Land Transport Authority said proposed amendments to the law will make it easier to introduce better fire safety standards for PMDs.

The Land Transport (Enforcement Measures) Bill, introduced in Parliament earlier this month, will amend the Active Mobility Act, which took effect in May.

The proposed changes will make it mandatory for all e-scooters to be registered and display the registration mark.

More details on the proposed registration regime, which will be implemented early next year, will be announced later this year.