First a warning letter, then six shots fired at bungalow in Penang 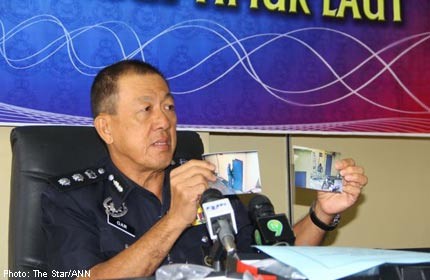 GEORGE TOWN - At least six shots were fired at a bungalow of a businessman in Pulau Tikus early Thursday, but no one was injured in the incident, police said.

OCPD Gan Kong Meng said the businessman had earlier lodged a police report claiming that he received an extortion letter together with six bullets.

Only the businessman's 29-year-old son, his wife and their maid were at home during the 1.15am incident.

ACP Gan said the couple had a shock when they discovered fragments of broken window panels and bullet marks at the house here in Jalan Utama.

"Based on the CCTV footages, the gunman fired the shots randomly outside the house.

"The owner of the house who is now abroad had lodged a report earlier when he received an extortion letter with six bullets," he said.

ACP Gan said the owner also received a text message in Chinese demanding that he deposit money into a local bank account.

"We have since frozen the telephone numbers and the bank account," he said, adding that the case is being investigated for criminal intimidation.