Fitness instructor conned of $11,000 by Casanova 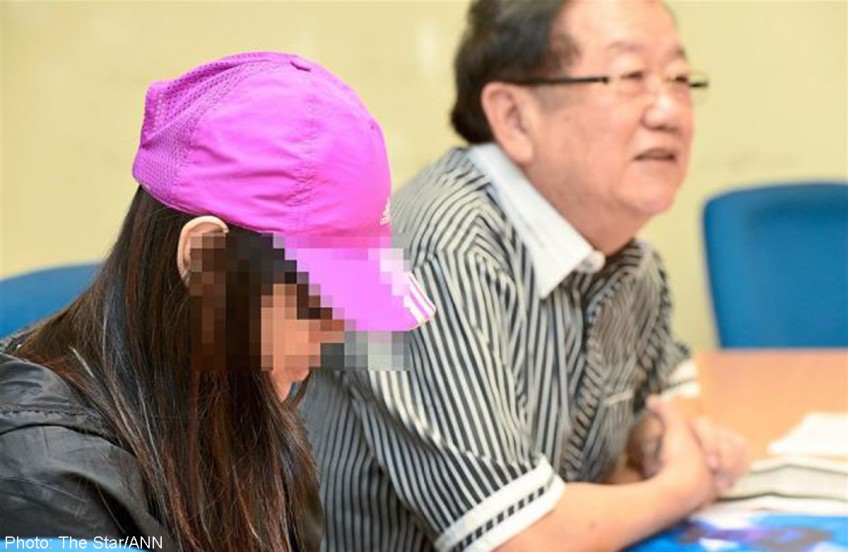 $11,000 poorer: Tan with Chong at the press conference in Kuala Lumpur.

KUALA LUMPUR - A fitness instructor was cheated of RM29,000 (S$11,000) after falling for the charm of an apparently exotic, mixed blood Casanova whom she met on a mobile messaging app.

The woman, who wished to be known only as Tan, 27, said she got to know the guy, who claimed to be of Portuguese and Arabian heritage, in June last year.

"He told me that he was born in Malaysia but had migrated to New Zealand as a child before recently returning here to set up business," said Tan.

After about a month of chatting via the app, Tan and the man shared a more "intimate" relationship.

"Everything went well at first. But after a while, he started asking me for money as he was having problems with his business," she said.

Tan said that over a period of five months starting from July last year, the Casanova borrowed RM29,000 from her for various reasons.

"I had to empty my bank account and take loans to get the money for him," she said.

Tan began suspecting that she was being cheated when the guy started ignoring her calls.

"I went to his bungalow in Ampang, which he pointed out to me once, but I found out that he did not live there.

"Only then did I realise that I had been duped," she told a press conference yesterday arranged by MCA Public Service and Complaints Department chairman Datuk Seri Michael Chong.

Chong urged everyone to be wary of strangers they meet online or on chat applications.

"Last year, I received 32 cases where women had been cheated or taken advantage of after meeting people on these apps," he said.