Since last year, tens of thousands of Singapore residents have resumed their passion for international travel via the city state's vaccinated travel lanes, after putting their globetrotting ways on pause for nearly two years.

Many went as far afield as Britain and the United States during last year's holiday season.

Yet, news on Thursday of a fuller reopening of the land border with Malaysia, unleashed an explosion of memes and excited messages across social media and WhatsApp groups.

To an outsider, the exuberance over unrestricted daily commutes for vaccinated people from April 1 might seem incongruous with what is essentially a less-than-a-mile journey across a narrow strait to Malaysia's Johor Bahru.

But the two land crossings — known as the Causeway and Second Link — have for decades been a vital commercial and social link between neighbours entwined by history and geography.

In the pre-pandemic era, the land border was one of the world's busiest international crossings — with some 400,000 people using both bridges daily, putting them on par with the San Ysidro Port of Entry between San Diego in California and Mexico's Tijuana.

Most of the commuters were Malaysians working and living in the city state of 5.45 million people but part of the traffic was also attributable to Singaporeans thronging Johor Bahru for hawker food, cheap shopping and petrol top-ups. 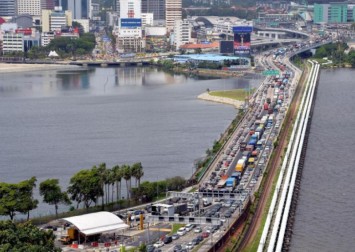 The significance of these frequent social visits was not lost on health ministers from both sides when they met in Kuala Lumpur to pledge to work towards a full resumption of two-way travel.

In a now-viral TikTok video posted after Thursday's announcement, Singapore's health chief Ong Ye Kung quipped that with the latest opening, his compatriots would be able to "drive up to JB for our favourite hawker food, and our JB friends can come to Singapore to also taste our food".

His Malaysian counterpart Khairy Jamaluddin could not resist a retort: "And then we can settle the great debate, which food is better? Singapore or Malaysian?"

Not taking the bait, Ong replied that both economies were "not just one epidemiological zone but also one hawker zone".

The broad reopening of borders was also cheered by residents who have long shuttled between Johor Bahru and Singapore, much like those who work in Hong Kong and live in the neighbouring mainland Chinese city of Shenzhen.

Among them was Malaysian national Razali Tompang, 44, who works for a Singapore NGO. He decamped to his Johor Bahru home to be with his family in March 2020 just as the two sides closed their borders and when Malaysia went into a partial lockdown to stem the first wave of Covid-19 infections. Singapore implemented a limited shutdown three weeks later.

Read Also
The Causeway shut down exactly 2 years ago. What has changed since? 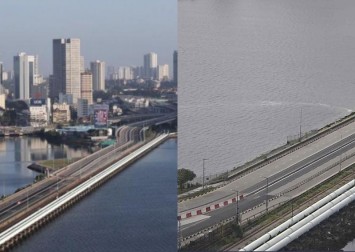 In the latter part of 2020, both sides made provisions for limited travel under so-called green lanes, but the cost of tests and quarantine put off many, especially blue-collar workers. Tickets were also limited in quantity and hard to purchase.

An army of Malaysians work in the island nation's retail and manufacturing sectors — jobs that are coveted because of the strength of the Singapore dollar against the Malaysian ringgit.

Last year, both sides opened up air and land travel for vaccinated people, but with limited daily quotas.

With the border reopening, Razali, who was allowed to work remotely, said he was raring to cross the causeway and go to the office.

"I've been waiting 740 days for this reopening," he told This Week in Asia, adding that he planned to reach the Malaysian immigration checkpoint at 6.30am (local time) on April 1 so that he would be able to arrive at his office by 9am.

Audi Khalid, a Singaporean, said the April 1 reopening of the land border could not come sooner. He is planning a trip to several Malaysian cities over the long Good Friday weekend in mid-April.

"Singapore is great but it's still at the end of the day a small city, and we've been here for two whole years," the 34-year-old said. "Malaysia, in particular east Malaysia, provides a vastness of land, nature, and a certain standard of laissez-faire that you can't find in Singapore." 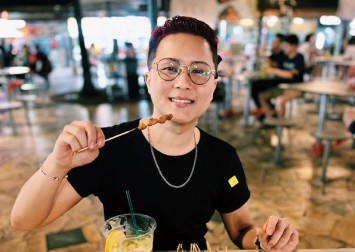 Others interviewed said they were excited about the prospect of commuting frequently to visit family members on either side of the Tebrau Strait, as the thin strip of water separating the Malay Peninsula and the island of Singapore is known.

Many people have family on the other side of the border, indicative of the deep historical ties between the two nations. They split in 1965 after a brief and stormy union following the end of British colonial rule.

Singaporean Muhammad Al-Hakim said his extended family — spread across Johor Bahru and the financial hub — had not met since March 2020.

"Our closest set of relatives got married and just had a baby boy recently, so my mother is excited to see them and the new addition to the family," said Muhammad.

He added that he looked forward to using the causeway during the Islamic holy month of Ramadan, when breaking fast at sunset with family members is an important tradition.

For others, like Tiffany, a Malaysian national working in Singapore, it will be time to reconnect with loved ones after a particularly trying two years.

She split up with her husband, a Spanish national, during the city state's 2020 partial lockdown, and then was embroiled in messy divorce proceedings last year.

Tiffany held back from telling her family about her ordeal until some time after it took place "because I didn't want to worry them". Now, she is eager to spend time with them and possibly relocate back to Malaysia.

The resumption of near-unencumbered travel also means Malaysians and Singaporeans will get to re-engage in what has been a long-time national hobby for both sides — getting under each other's skin.

Read Also
How much money can you really save pumping petrol in JB? 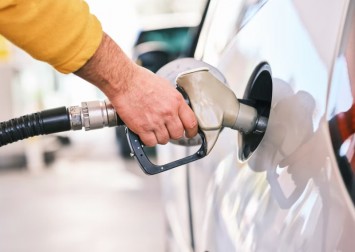 Friendly, and at times not-too-friendly, jousting have involved debates about the other side's cuisine and social mores.

Yana Zulkarnain, a Johor Bahru denizen, said she was happy to begrudgingly acknowledge that the return of a deluge of Singaporeans would help the city's economy, although she welcomed the absence of "chaos" that the island republic's friendly neighbours tended to bring with them.

Still locals have in the past complained about Singaporeans who were, among other things, reckless drivers and over eager to flaunt the strength of their currency.

Singaporeans in turn have complained about car jackings and bribe-taking traffic police in the southernmost Malaysian city, though these factors never dimmed their enthusiasm for day outings.

Yana said the upside of the absence of daily cross-border commuters was cleaner air and while retail outlets were struggling without Singaporeans' patronage, the new normal had spurred the rise of home-based businesses.

She said she was not looking forward to the return of Singaporeans' "antics", but would welcome them nonetheless.

Analysts and business owners said the economic impact of the return of widespread land travel between the neighbours could not be understated.

Phang, a Johor watch shop owner who asked to be identified by his last name only, said the impact on his bottom line over the last two years had been severe. 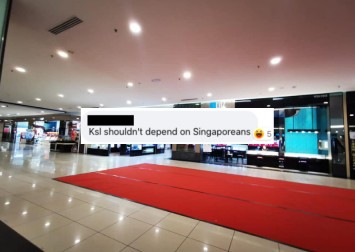 "Business was bad during the lockdown, but I was able to survive thanks to the local tourists from Kuala Lumpur," he said.

Malaysia's senior minister of international trade and industry Azmin Ali said on Friday that the reopening with Singapore would play a key part in boosting employment and the country achieving a projected GDP growth of 5.5-6.5 per cent this year.

Song Seng Wun, a Singapore-based economist with CIMB Private Banking, said the city state's economy too had much to gain.

The return of daily commuting would ease the labour supply strain in various sectors — from shipping to retail and professional services — that rely on Malaysian talent, Song noted.

"They are a huge source of labour in many industries. It is a big deal for companies that have seen lockdowns and border restrictions affecting their business."

Ultimately, the return of cross-border travel would translate to higher demand on both sides, he said.

"When you have more in-person activity and greater footfall, there will be a multiplier [effect] on different sectors of the economy," Song said. "And this means there will be more cups of coffee sold and more packets of rice you can sell."