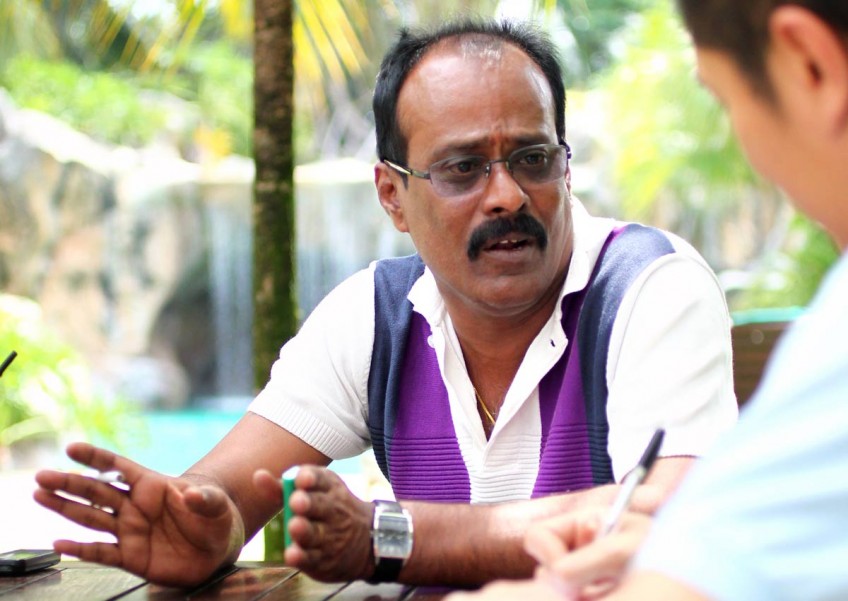 SINGAPORE - A Singaporean man described by state prosecutors as "a criminal match-fixer extraordinaire" was sentenced to four years in jail Monday for conspiring to rig a match in the recent Southeast Asian Games.

Rajendran R. Kurusamy, 55, pleaded guilty to charges of bribing the manager and players of East Timor's under-23 football team to lose a preliminary match against Malaysia scheduled for May 30 in Singapore.

He had offered $15,000 to team manager Orlando Marques Henriques Mendes and $4,000 each to seven East Timor players to lose the game.

Kurusamy and others were arrested before the match however by Singapore's anti-corruption body.

Monday's sentence was the longest jail term imposed on a match-fixer for a single charge, state prosecutors said.

Prosecutors from the Attorney-General's Chambers sought a tough jail term for Kurusamy, citing his previous convictions for match-fixing in Singapore and Malaysia and his role as the "prime mover" of the conspiracy to rig the SEA Games match.

An Indonesian man, Nasiruddin, who helped Kurusamy find contacts in the East Timor football team, was jailed for 30 months in July for his part in the conspiracy.

Mendes and a former East Timorese national football player, Moises Natalino De Jesus, are also under arrest for their involvement.

"Clearly, the accused more than meets the standard of a 'fairly seasoned match-fixer,'" prosecutors said in a written submission.

"In fact, we would go so far as to state that the accused is a criminal match-fixer extraordinaire."

Speaking in court during the sentencing, Deputy Public Prosecutor Nicholas Khoo also described Kurusamy as "Singapore's most prolific match fixer in terms of the number of convictions".

Prosecutors said Kurusamy, a former construction supervisor, was involved in the fixing of at least eight football matches in the local S-League in the 1990s for which he had served imprisonment and fines.

In two of the cases, he was accused of conspiring with Singaporean Wilson Raj Perumal, who was arrested and jailed in Finland in 2011 for fixing top-tier games there.

Perumal, who served his prison sentence, is now assisting match-fixing investigators in Hungary.

Kurusamy was also convicted for match-fixing in 1996 in Malaysia's northern state of Penang for which he was jailed for one day and fined.

And while he was an inmate serving remand in 1998, Kurusamy tried to bribe a warden so that he could obtain a mobile phone which he can use to fix World Cup football matches in June that year, an offence for which he was convicted and jailed.

Kurusamy's four-year jail term is higher than the sentence imposed on Singaporean night club owner Eric Ding who was jailed for three years in July last year for providing prostitutes to three Lebanese football referees in a match-fixing attempt.

Prosecutors said Kurusamy's offence included aggravating factors, including the fact that he "engaged in a planned and pre-meditated conspiracy that involved a well-organised group that operated across borders".

He also targeted a team of vulnerable young players from a poor country, they said.

Singapore has a long history of match-fixing scandals, a stain on its reputation as one of Asia's least corrupt countries.

He is being held under a law, usually applied to criminal gangs, which allows for detention without trial.