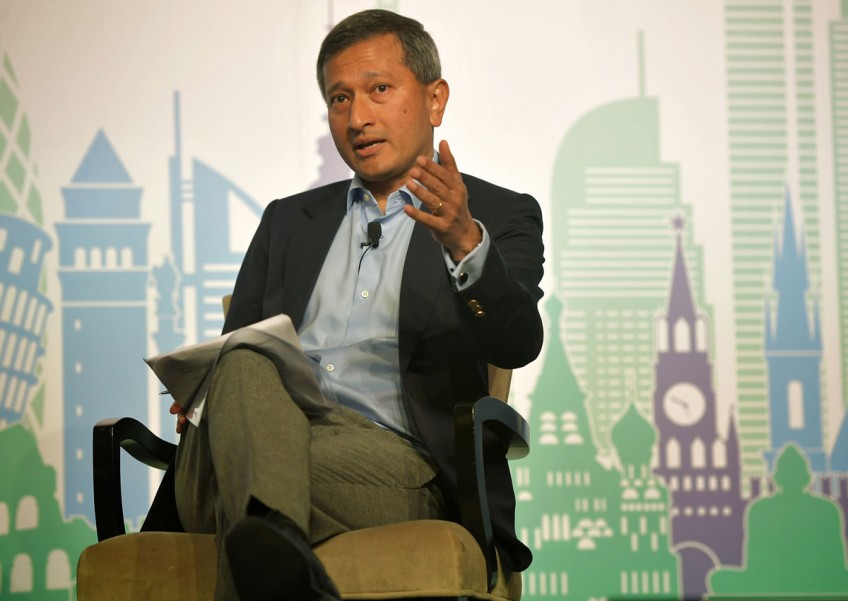 In a written interview with China Daily, he said Singapore "recognises China's experience and expertise". The international request for bids, to be conducted in a fair and transparent manner, will be jointly put out by Singapore and Malaysia later this year, he said.

The minister, in an official visit to China from Sunday to Monday, noted that the project aims to improve connectivity among the 10-member Association of Southeast Asian Nations.

Regarding the Belt and Road Initiative, Balakrishnan called Singapore an "early and strong supporter" and said China and Singapore can work together to add value to the initiative.

Singapore has been China's largest foreign investor as well as China's top trading partner within ASEAN.

"Singapore will continue to support Chinese companies as more venture abroad," he said.

Speaking of bilateral ties, he said Singapore and China share a "close and longstanding friendship", and this partnership "also reflects the long term strength of our bilateral ties and the bright prospects for the future".

While the two countries have their respective national interests, there are no fundamental strategic disagreements, he said.

"We both need regional peace and stability. We both depend on free and open trade," he added.

"We will continue to actively advance ASEAN-China relations in the remaining year of our ASEAN-China coordinatorship, part of which will coincide with Singapore's Chairmanship of ASEAN in 2018," he said.

"We look forward to working closely with our ASEAN colleagues and with China to bring the ASEAN-China Strategic Partnership to greater heights," he added.

Singapore is glad to be able to contribute effectively to the good progress made on the full and effective implementation of the Declaration on the Conduct of Parties in the South China Sea, signed by China and ASEAN members in 2002, and the consultations on the Code of Conduct thus far, he said.

"I welcome the progress made by our officials in finalizing the framework for the COC in Guiyang last month," he said.