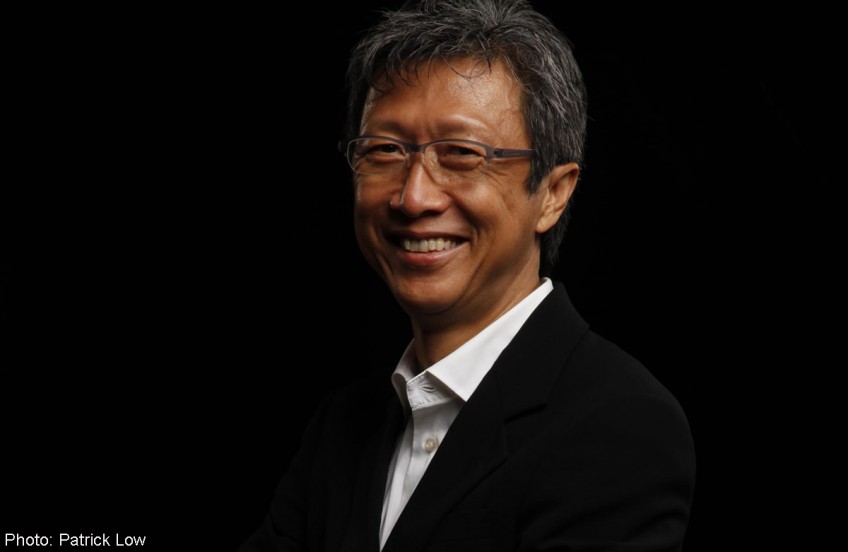 Mr Patrick Low is popularly known for his agency's anti-gambling ad that was aired during last year's World Cup.

Advertising veteran Patrick Low is well known in the creative industry, but has mostly stayed out of the limelight in his 37-year advertising career.

But he had his moment yesterday, with an advertisement created specially for him.

As a surprise, his friends, colleagues, business partners and even creative personnel from rival agencies took out an ad for him in the Sports section of The Straits Times to mark his 60th birthday yesterday.

"I almost had a heart attack when I saw the ad. It was a pleasant surprise," said Mr Low. He had found out about the ad around noon yesterday after his wife got a message from a friend telling them to check the papers.

In the quarter-page ad, Mr Low was described as a partner, boss, mentor, competitor, friend and a jolly goodfella - the latter referring to the advertising firm Goodfellas he founded in 2009.

The agency was behind the anti-gambling ad aired during last year's World Cup, in which a boy named Andy bemoaned how all of his savings were used by his father to bet on the German team - which went on to win.

Over the years, his work has won awards at major international competitions such as The One Show and The Clio Awards.

"Patrick has always been a man of few words, so we decided to celebrate his birthday with a few choice words of our own," said Mr Mark Fong, 51, the man behind the idea. He has known Mr Low for 30 years, since they were colleagues at advertising giant Ogilvy and Mather.

"We couldn't find a card big enough to say what we wanted to say," said Mr Fong, a former creative director at a multinational advertising firm. "Since we are all from the creative industry, we wanted to do something unusual." He chose a simple concept for the ad as Mr Low has always believed that "less is more".

The ad was designed by Mr Toh Han Ming, an executive creative director at an international advertising agency.

The ad, which cost around $4,800, was placed in the Sports pages as Mr Low, an avid football fan, was, in advertising speak, its target audience.

"He is one of the nicest guys in the industry," Mr Raymond Kam, 45, executive business director of media specialist ZenithOptimedia, said of his former colleague. "Professionally, he is humble and approachable, and will often recommend clients to me. As a friend, he is unassuming and provides good advice."

Mr Low celebrated his 60th birthday yesterday with his wife, two children and his weekend football team over dinner at his place. "It is not every day that you see an ad for someone's birthday," Mr Low said. "I'm truly blessed to have known so many great people in the course of my working life."