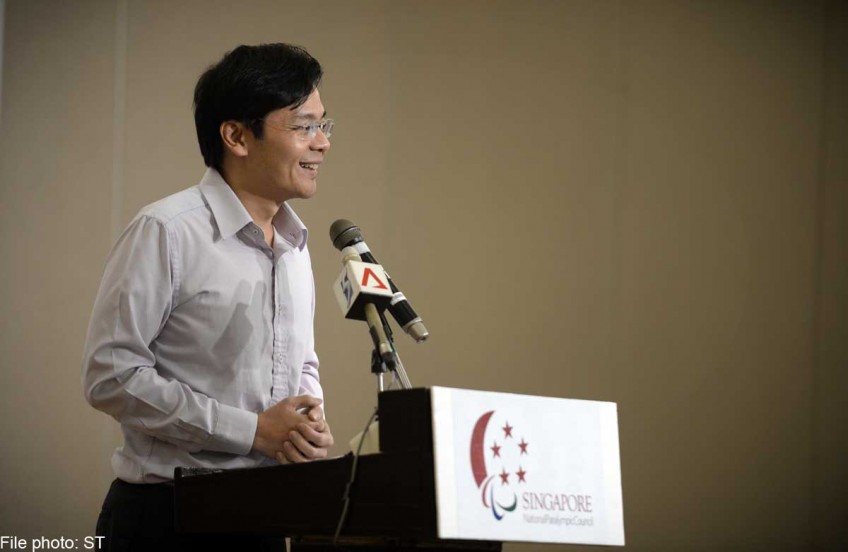 More government funding is being earmarked for public service broadcasts (PSBs), including new allocations for content on online and mobile platforms.

Total annual funding will increase by 28 per cent to $250 million over the next five years (2015-2019), Second Minister for Communications and Information Lawrence Wong announced in Parliament yesterday.

The objective is to strengthen the quality of PSB programmes, which aim to promote national values and celebrate Singapore's identity, culture and heritage. These programmes are primarily aired on national broadcaster MediaCorp's free-to-air TV and radio channels.

From 2012 to last year, the Media Development Authority dished out $195 million per year to fund PSB production, with the bulk going to MediaCorp.

There is also a need to reach out to new audiences, especially the younger ones, via new media outlets as they are not tuning in to the TV as much.

He said the reach of free-to-air TV in Singapore has fallen sharply from 92 per cent in 2005 to 66 per cent last year, while the Internet's penetration has increased from 43 per cent to 73 per cent over the same period.

This is why part of the increased funding will go towards extending the reach of PSB programmes to online and mobile devices, including enhancing existing platforms such as MediaCorp's video- on-demand and live TV service Toggle.

The increased spending is part of continuous efforts to raise the quality of PSB programmes. For instance, in 2013, pay-TV operator StarHub became the second commissioning platform, and the only other alternative to MediaCorp, for PSB content.

Its first programme Body Reboot - an inspirational makeover TV show - made its debut on its SuperSports Arena channel in February.

Mr Wong said the scheme will open up production opportunities to more media companies, including smaller production houses and freelancers.

This article was first published on March 11, 2015.
Get a copy of The Straits Times or go to straitstimes.com for more stories.