Fundraising effort on for kin of raped, murdered college student 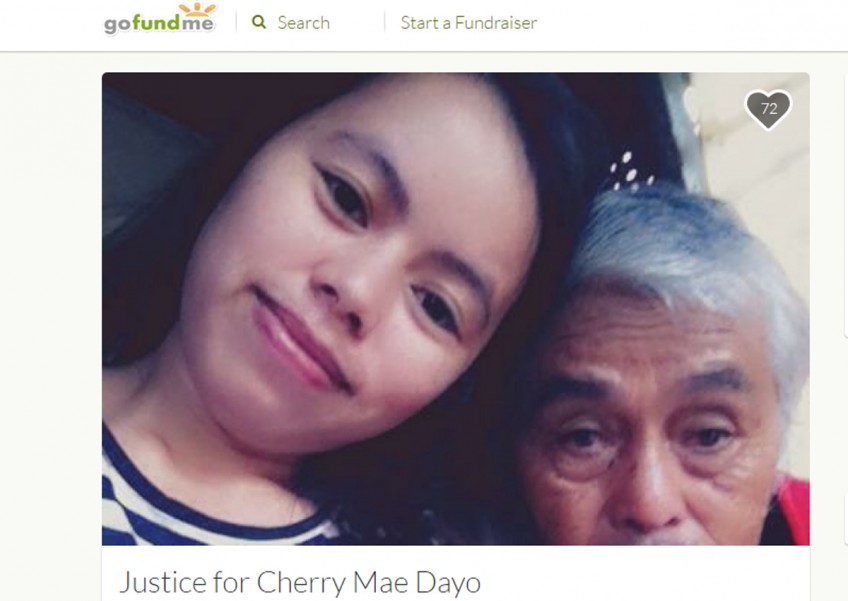 CAGAYAN DE ORO CITY - The family of the employer of a working student who was raped and murdered last Friday is raising funds as financial assistance for her loved ones.

In a social media post, Robert Balinado, who is now residing in Canada, said he has initiated a fundraising campaign in hopes of collecting about US$20,000 (S$28,300) to be given to the family of Cherrymae Dayo.

According to police, Dayo was raped then stabbed by a group of young individuals who entered the house where the victim served as a caretaker.

Dayo was a senior student taking up Bachelor of Elementary Education at the Southern Philippines College while working as caretaker of a house owned by the Balinados on JR Borja-Burgos Streets here.

Senior Inspector Maricris Mulat, Divisoria police station chief, said Dayo was able to run and cry for help and was brought to a nearby hospital.

Shortly after the incident, all the five suspects were arrested.

Balinado described Dayo as a "sweet young lady whose only dream was to get a college degree as an elementary school teacher."

"She was a smart girl with a great future ahead of her. She had worked hard, balancing her work, family obligations and schoolwork," Balinado added.

When Balinado's mother died in 2013, Dayo chose to stay on and take care of the family's house.

She even passed up an opportunity to move to Canada on invitation from the Balinados.

"We wanted to invite her to come to Canada to stay with us but her calling was strong to stay in the Philippines and teach young children in the rural areas. Her heart belonged to these poor children she had hoped to teach someday," he said.