Gaming firm Razer to launch up to $750m HK IPO

The company, which is based in Singapore and the United States, will offer shares in an indicative range of HK$2.93 to HK$4.00 each, added IFR, a Thomson Reuters publication. 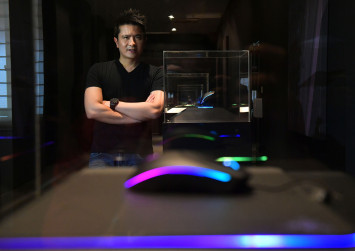 The company was founded in 2005 by Min-Liang Tan and Robert Krakoff and has grown from producing a gaming mouse as its initial product to manufacturing laptops worth almost $4,000.

In 2016 it bought assets from a company previously known as THX Ltd, which was founded by George Lucas, and this year it acquired certain assets and intellectual property from mobile phone manufacturer Nextbit Systems.

The acquisitions are expected to help the company launch new products in coming years, including a mobile gaming device, a person familiar with Razer's plans previously told Reuters.