From gangster to social worker 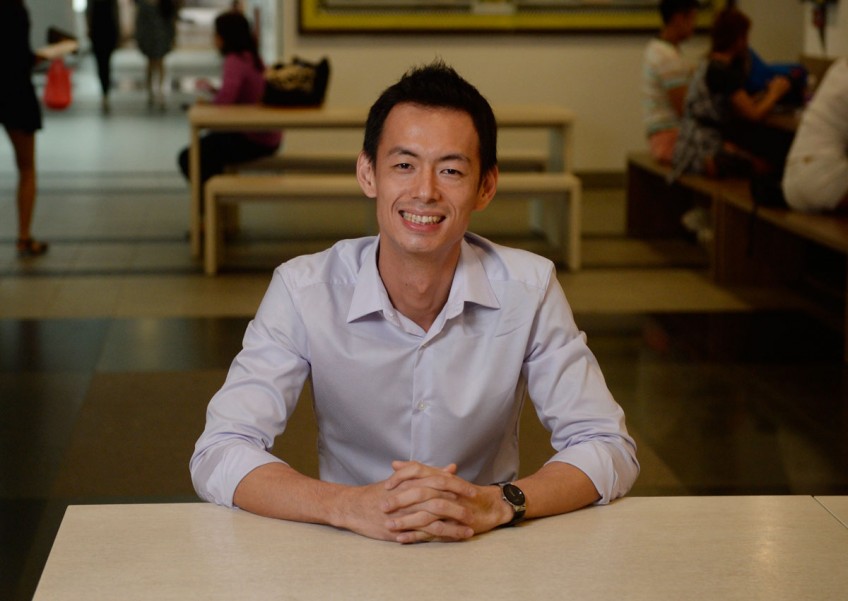 Mr Weevyn To used to fashion himself as a tough guy.

But as a drug-taking gangster, he could not break free from the destructive pattern of running away from life's problems. He skipped school, ran away from the Singapore Boys' Home which he was sent to, and went absent without official leave (AWOL) from national service twice.

Today, the tattoo-bearing 32-year-old - who once dismissed his counsellors as dispensing "bull****" - is a social worker who helps vulnerable youths.

"Running away was the way I coped but I chose to put a stop to it and go back to school, church and home," he said.

"The way back has been tiring but I can't run away any more. I want to finish what I have started."

A major turning point in his life was when his grandfather was in a critical condition in hospital with tuberculosis. At the time, Mr To had been in hiding from the military police for going AWOL for about a year. But having been brought up by his grandparents since his parents divorced when he was young, he felt he had to pay his grandfather a visit - so he sneaked into the hospital.

But even when he was at his grandfather's bedside, he could not help glancing over his shoulders to look out for police officers. "I felt so useless then, that I could not even fulfil my basic duty as a grandson to care for him," said Mr To.

Realising that he was spiralling into a vortex of despair, a friend took him to church. The sermon that day was on love and forgiveness. As he listened to it, he thought about the love he received from his grandparents, a case worker from the home and his polytechnic lecturer. "I realised that I had to stop being so selfish and inward-looking; and in order to love people around me, I had to first love myself by starting to take responsibility for my life."

It was a significant breakthrough.

As a stubborn and rebellious teenager, he associated with local gangs when he was in Tanglin Secondary and often got involved in fights.

Later on, he was caught stealing a CashCard from a car and sent to the Boys' Home for two years. Even there, he bullied newcomers and enjoyed getting into fights for "survival". During a community service visit to an old folks' home, he saw his opportunity to make his getaway and made a run for it.

A friend took him in and he bummed around for five months. But he quickly got bored and turned himself in to the home in 2001. With some prodding from the caseworker there, he took his O levels as a private candidate and got a relatively decent score of 15 points.

"I knew I was interested in a helping profession, but back then there was no social work diploma and it did not seem macho to take a diploma in early childhood," said Mr To.

So he followed a friend's path and enrolled in chemical process technology at Singapore Polytechnic. It turned out to be a huge mistake for him as he found it "silly" and "nerdy" to be pottering about in lab coats, testing chemicals in test tubes.

After two years of poor grades and absence from exams, he was expelled from the polytechnic. When he was called up for national service a year later at 23, he still had trouble submitting to authority and ran away twice. The first period of absence without leave was 40 days and the second stretched for 1 1/2 years.

But the episode in hospital and his time at church set him thinking. One week later, he surrendered himself and spent more than a year in the detention barracks.

Time was not on his side. A month after he was released from detention, his grandfather died.

Deeply saddened and determined to change, he approached his MP, Deputy Prime Minister Tharman Shanmugaratnam, for help after completing his time in the army. Mr Tharman linked him up with grassroots volunteer Patrick Chan, who is known for helping former offenders. Mr Chan, who runs a furniture business, trained and hired Mr To to work in his woodwork factory. He also urged Mr To to pursue his passion of helping others. Mr To was also volunteering at Meet-the-People Sessions.

He applied for the Bachelor of Social Work course at SIM University and was rejected as he did not meet the admission requirements. Undeterred, he noticed a clause that SAT scores may be considered, took the test and was accepted. DPM Tharman also wrote in to the Lee Foundation to defray his course fees.

Given a second chance in life, Mr To did not take it for granted. Juggling work and studies, he managed to come in third in his graduating cohort. He formally graduated two weeks ago and is a social worker at a family service centre in the west.

In an e-mail message to Mr To, Mr Tharman wrote: "Your story inspires. You made the most of a second chance and I am just glad to have been a part of your life."

Though he is now a social worker, Mr To does not see the need to remove his tattoos. "It helps me connect better with the youths as they know I won't judge them. I thought I was trash but with hope and love, all is possible."