Ghostbusting in Singapore: Meet the father-son duo banishing demons for a price

Anderson Lim clasped his hands tightly in a praying position as a spirit medium paced back and forth in front of him.

Lim then chanted indistinctly as the medium set a paper doll - known as a "substitute" - on fire.

The doll, dressed in a blue shirt that belonged to Lim's brother, was part of a Taoist ritual performed to ward off bad luck.

"Recently [my brother] had a very bad fall. He missed a step and his ankle was badly fractured. He was hospitalised for two weeks," said Lim, a 41-year-old businessman.

"I hope that after this ritual he will be well. I have seen too many things that cannot be explained, so there are some things we have to believe."

Like Lim, many Singaporeans in the modern city state still turn to supernatural means, such as traditional spirit mediums, for good luck, health and prosperity.

While some of his customers seek feng shui advice when there is disharmony at home, others ask for help when they are down on luck or face career woes, said Jeroen Chew, an exorcist and feng shui master.

Chew joined the unconventional trade more than a decade ago after hearing stories that his father Chew Hon Chin, more widely known as Grand Master Chew, changed the lives of many around the world.

"My father showed me that non-Taoists and non-religious people believed in him alike," said Chew, 44. "When we went to the Philippines, there was a long line of people queuing up to see him … And I thought to myself that this man can really do something to change people's lives."

For the older Chew, joining the trade was more of a calling. He claimed he was cursed 16 years ago, and after getting out of the "spell", it was his time to help others.

"I was cursed for about 10 years. I could not sleep or eat properly, my business failed, and everyone thought I was mad," said the 72-year-old, who added that he tried to take his life too.

"I also did not believe in gods or spirits in the past, I only believed in myself. But one night, I dreamt of someone telling me that if I got out of the curse, I would need to help people the same way."

He then set up Ghostbuster.

Explaining how the name came about, the younger Chew said his father wanted to "catch ghosts" initially, but the family business has since evolved to offer not only exorcism services, but also feng shui reading as well as luck enhancement and ancestor praying services.

The business also offers ba zi reading, the reading of one's date and time of birth, which would allow Chew to "pre-warn customers" of things such as if a conflict were to arise with their superiors or bosses.

"[The readings] will tell them: 'Today, you're not in a good energy mood with your boss, you have to be careful," explained Chew, whose services are priced from S$88 (US$65) onwards.

"Some people don't take us seriously. But like I said, we help those who want us to help. Those who do not believe us, it's fine with us."

Today, Ghostbuster has about 1,000 clients from different religions. At bigger events, such as the eighth day of the Lunar New Year, also known as the Jade Emperor's birthday, turnout averages at 400 to 600 "followers".

According to Chew, 70 per cent of his clients are Christians, even though some elements of his business are rooted in Taoism.

Clients ranging from teens to those in their 30s are on the rise, Chew said, accounting for about 60 per cent of his clients.

Most of them seek help when they face poor business prospects or troubles with their family.

Added Chew: "Some feel they are not achieving their maximum potential … and [we] help each client achieve the best they can both in career or family life."

Among those who turn to such supernatural means are Wilmer Ang, 30, who first went to see a master several years ago "out of curiosity". He subsequently consulted the master when he started his business, and when he faced problems at work.

"I will visit my master occasionally, either to seek advice on my business or love life," said Ang, who is in the real estate industry.

He would be told to wear certain objects, including gemstones, or place "good luck charms" in his office to bring him prosperity.

Another believer, Max Tan, 35, first consulted a numerologist in his 20s. Then, he thought it would be a "nice idea to see what the future has in store" for him.

During the consultation, he found out that he had conflicting character traits, and he "slowly came to terms" with who he was. 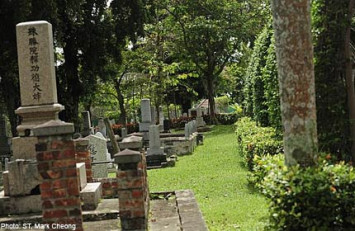 Tan, who is a fashion designer, recently consulted his master again, who affirmed his decision to further his studies.

Dhylan Boey, a professional metaphysician, who has been in the trade for over 10 years, suggested that the younger generation are more open to such practices as they have "fewer hang-ups" with taboos and conventions, compared to the older generation.

Boey, who specialises in numerology, crystal healing, as well as tarot and feng shui readings, said: "My millennial or Gen Z clients have an openness to new things that may not be validated by the clinical sciences."

"At some level, they like to believe that some magic still exists in this world and that as young humans grappling with whatever life issues, and in discovering their purpose in life, they are perhaps part of this magic too."