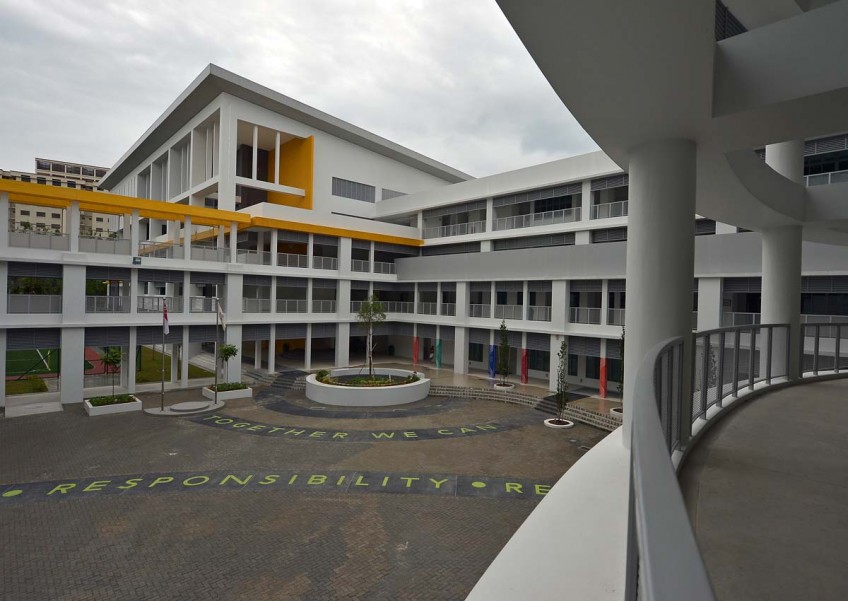 A 14-year-old girl is believed to have fallen to her death while attempting to perform a parkour move in Spectra Secondary School, local media reported.

Parkour is described in an AFP report as a sport that involves moving rapidly around urban obstacles using a combination of running, jumping, as well as gymnastic rolls and vaults.

According to Lianhe Wanbao, the incident happened at about 9.30am on Tuesday (Oct 20).

Secondary two student Shina Adriana Hendricks was walking to the toilet with her schoolmates when she decided to jump from the fourth to the third floor of the school building in a spur of the moment.

It is believed that the girl misjudged the jumping distance, fell down four floors, and landed on the concrete ground.

Her father, James Hendricks, told Wanbao that she sustained injuries all over her body from the fall.

A teacher at the school reportedly administered cardiopulmonary resuscitation (CPR) before an ambulance arrived to send the girl to the nearby Khoo Teck Puat Hospital for medical treatment.

She was later conveyed to KK Women's and Children's Hospital where she succumbed to her injuries.

A police spokesman said that investigations are ongoing.