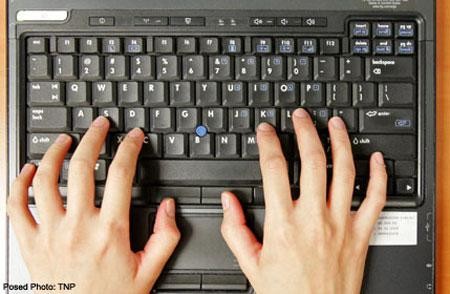 However, he deems clarifying uncertainties over the Internet rather than with government agencies a disturbing and dangerous trend. His observation of such a "trend" may not be accurate.

In responding to parliamentary questions on the haze, Defence Minister Ng Eng Hen, who heads an inter-ministerial task force to tackle the haze, said visits to the National Environment Agency's website peaked at five million on June 21, when the Pollutant Standards Index (PSI) hit 401.

This evidently shows that during a national crisis, people still turn to government agencies for information.

It is understandable for people to express their frustration, both offline and online, when they were unable to get their hands on N95 masks when the PSI reading was at its highest, though the Government had promised the day before that there were enough stocks.

Such expressions of frustration and sharing of personal experiences on social media should not be mistaken for turning to the Internet for advice.

I agree with Mr Wong. But for these people to be able to play this role, they must first be engaged by the relevant government agencies.

At the height of the haze crisis, Prime Minister Lee Hsien Loong assured the people that daily press briefings would be held to update them on the situation.

If the Government, like Mr Cheng, feels that during a crisis, the trend now is for the public to clarify uncertainties over the Internet rather than with the relevant government agencies, then perhaps bloggers and website moderators should be invited to such press briefings as well.