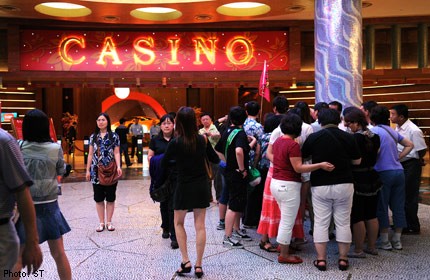 However, some government agencies have already imposed restrictions in cases where there is potential for conflict of interest, he said.

For example, officers from the Casino Regulatory Authority and police officers working on matters involving the casinos are prohibited from visiting them, except when on official duty.

Thus, the Public Service Division (PSD) is "studying the application of similar safeguards for officers occupying positions that expose them either to the risk of being suborned and exploited, or to the temptation of misusing their positions to feed a gambling habit", said Mr Teo, who is also in charge of the civil service.

He added: "PSD is working out the implementation details for these new rules, to strike a balance between strengthening safeguards and imposing too many checks and rules on the system and public officers."

He had allegedly used part of the money to feed his gambling habit at the casino in Marina Bay Sands.

Still, Mr Teo assured Members of Parliament that there are robust systems and processes in place to maintain the integrity of the public service.

"The recent court cases demonstrate that the Government will not hesitate to act against any officer who does wrong - no matter how senior he is or what position he holds - even if it causes embarrassment to the Government," he said.