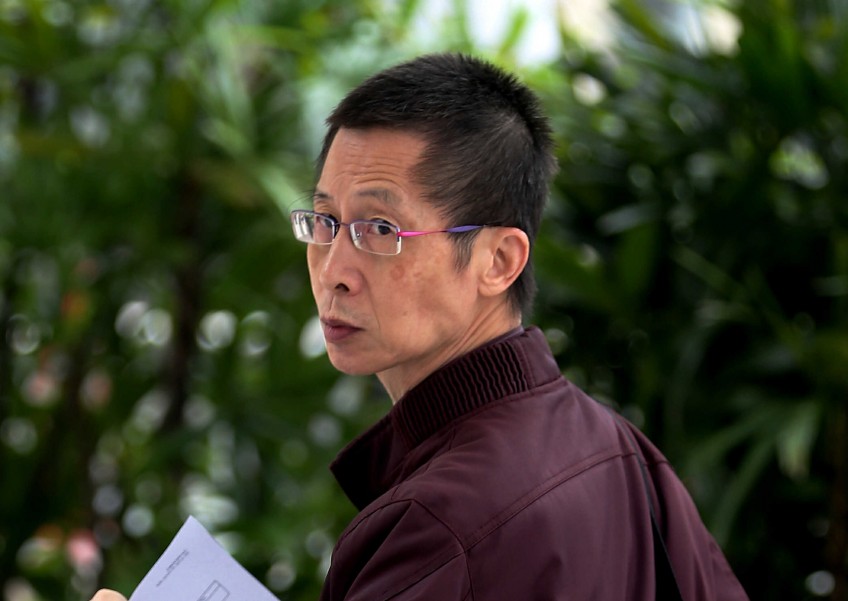 Kwan Kah Yee, a former medical director of Ren Ci Hospital, is convicted of criminal charges in a district court on 15 April 2016.
The Straits Times

A doctor who was barred from practice for wrongly stating the causes of death for two patients was yesterday jailed for nine months.

Two other similar charges were taken into account in sentencing.

District Judge Salina Ishak said: "The offences committed by (Kwan) are against public institutions as they relate to false or fabricated evidence to be placed before multiple public agencies... The offences involve a clear breach of professional integrity...

"(Kwan's) actions had a broader impact of causing the erosion of public trust in the medical profession... (and) the potential to undermine public health and safety. The present case would have caused public disquiet... (and) such false certifications of death are extremely hard to detect."

No reason was given as to why he wrongly stated the causes of death.

On March 29, 2011, Kwan went to Ms Siti Mariam Mohd Salleh's home in Teck Whye Lane at the request of a casket company, after it was informed of her death by her husband Sariffudin Mazlan, the court heard.

Kwan, then practising at Superbcity Hospice in Peninsula Plaza, was paid about $250 for each death certificate he issued.

He issued one to state that Ms Siti, 32, died of "ischaemic heart disease", when there was no evidence of this.

On Dec 10 that year, after the SMC started investigating a complaint about him from Ms Siti's foster sister, Kwan asked Mr Sariffudin to sign a letter, to be used for the probe. Among other things, the letter said Ms Siti had been treated for ischaemic heart disease since May 2007, and Mr Sariffudin wanted the probe to end to prevent her confidential information from being disclosed.

Mr Sariffudin signed it as he trusted Kwan, the court heard.

In October 2014, the SMC's disciplinary tribunal suspended Kwan for three months, after he pleaded guilty to two charges of professional negligence relating to the wrong death certificates for Ms Siti and Mr Gareth Tan Soon Poh, 26.

Kwan had issued a death certificate in Mr Tan's Dublin Road home on March 29, 2010, stating his causes of death as "bronchiectasis" and "chronic obstructive airway disease", without any proof of this.

The SMC appealed to the Court of Three Judges, which in July last year raised Kwan's suspension to three years. He was ordered to pay $6,000 in legal costs to the SMC.

The three judges - Chief Justice Sundaresh Menon, and Judges of Appeal Chao Hick Tin and Andrew Phang - said they were "deeply disturbed" by the case and in a rare move had asked the Attorney-General to consider investigating it.

Police began investigations last July and asked Kwan to produce his medical records and case notes. But he gave false case notes which recorded, among other things, that Mr Sariffudin had shown him Ms Siti's ECG reports and abnormal blood test results. He also falsely recorded Mr Sariffudin as saying Ms Siti had complained of chest pain in 2007, and that she had been treated in hospital several times.

In an earlier case, Kwan had been suspended for three months, fined $5,000 and censured by the SMC for wrongly stating a patient's cause of death in 2009.