GrabCar, strap kiddo in and Go 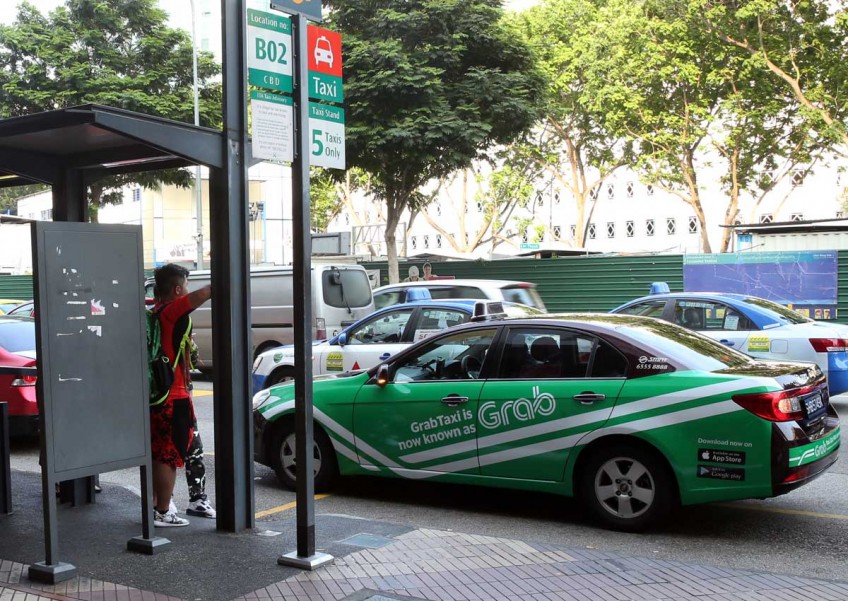 All GrabCars will be equipped with a booster seat within the next few months.
The Straits Times

In a few months, GrabCar passengers will be able to travel safely with their children by paying an additional $2 for a booster seat.

The ride-hailing firm announced yesterday that it will be offering its drivers the mifold Grab-and-Go - the "world's most compact child booster seat" - within the next few months.

The brightly coloured, compact seats are designed for those aged between four and seven, who weigh between 15kg and 36kg and are under 1.35m tall.

The initiative is good news for passengers, who had previously complained to The New Paper about how they often end up arguing with GrabCar drivers when they try to board the vehicle with their young children because they were unaware of the law.

Read also: Grab vs Uber: Breaking down the economics behind their price war and sustainability

The issue of the little-known law was highlighted by TNP in January.

Under the law, private-hire vehicles are considered to be private vehicles, and as such, are required to put children in booster seats if they are below 1.35m.

This is different for taxis, which are considered public service vehicles and are exempted from the rule.

It prompted Potong Pasir MP Sitoh Yih Pin, who chairs the Government Parliamentary Committee for Transport, to ask if Uber and GrabCar should also be considered public service vehicles and therefore be exempt from having child seats.

He added that this was an issue that should be considered and reviewed.

This article was first published on Mar 10, 2017.
Get The New Paper for more stories.