Guard who died in fire thought alarm was false 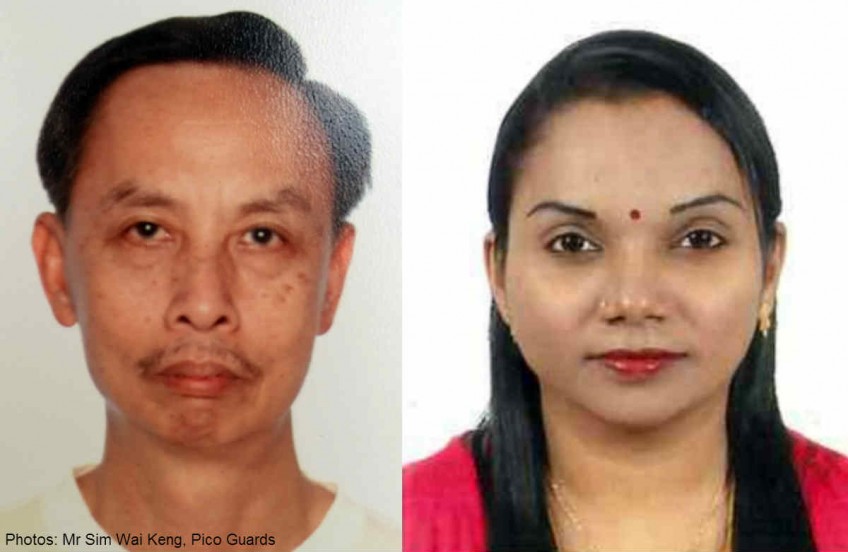 Security guards Sim Lai Huat and Sooria Kala Kanaseon were burned to death when they went to investigate the fire.

A security guard who died in a fire on the 65th floor of Marina Bay Suites on Jan 13 believed it was a false alarm, which she and her co-worker wanted to investigate, a coroner's inquiry heard yesterday.

The fire alarm at the upscale condominium had gone off numerous times in the past and all of them had been false.

This led Pico Guards security staff Sooria Kala Kanaseon, 34, and Sim Lai Huat, 45, to believe that the one triggered at around 9.55pm that night was more of the same, said a Ministry of Manpower (MOM) report submitted to the police.

Their supervisor Kuldip Singh, 53, told the police later that Ms Sooria Kala had said to him that the likelihood of a real fire was low.

The unsuspecting pair had then taken a fireman's lift to the 65th floor, where they were overcome by the smoke and flames.

Other factors in the "confluence of events" that caused their deaths were the presence of flammable materials in the lift lobby - left there from renovation jobs - and cigarette butts, MOM said.

These findings were cited in a police investigation report submitted to the court.

The police report mentioned records from security firm Ademco (Far East), which showed that false alarms had been triggered 12 times since January last year, including three in the month before the incident.

But it remains unknown why the lift doors had malfunctioned when the pair got to the 65th floor around 10pm and saw the blaze. Surveillance video images show Mr Sim pressing the "close" button but the doors remaining open.

A report from lift company Schindler (Lifts) Singapore cited in the police report was inconclusive about why the doors did not work properly, but said high temperatures resulting from the fire might have caused the door panels to expand, and other parts of the door mechanism to malfunction.

The police report said Mr Singh had said the doors were not jammed.

They never fully opened in the first place, and when the button to close was pressed, thick smoke coming through the doors generated the signal for them to stay open - as they would if a person was coming through.

The fireman's lift was next to one of the condo's penthouse units, which was then undergoing renovation works, involving four different companies.

Mr Sim, who left a wife and three children, had been in the security industry for about 25 years and joined Pico in October last year. Ms Sooria Kala, a Malaysian, had been with the firm since April last year.

The hearing before State Coroner Marvin Bay resumes on Aug 11.