Guy who got $118 'mangkuk' haircut gets it fixed by salon

A man who was previously dissatisfied with a haircut has since gotten it fixed by the salon and praised how they handled the incident.

According to Sure Boh Singapore, El Syibli had spent $118 on a haircut + rebonding + hair wash package at Sante De Beaute salon.

However, he was upset with the 'bowl-like' ('mangkok') hairstyle that he was left with, after asking for a "high slope at the back".

El apparently said, "[The] hairdresser still can smile after what he did to my hair."

On July 1, the customer posted on Facebook about how the salon has rectified their mistakes and given him a new hairdo -- which he loves. 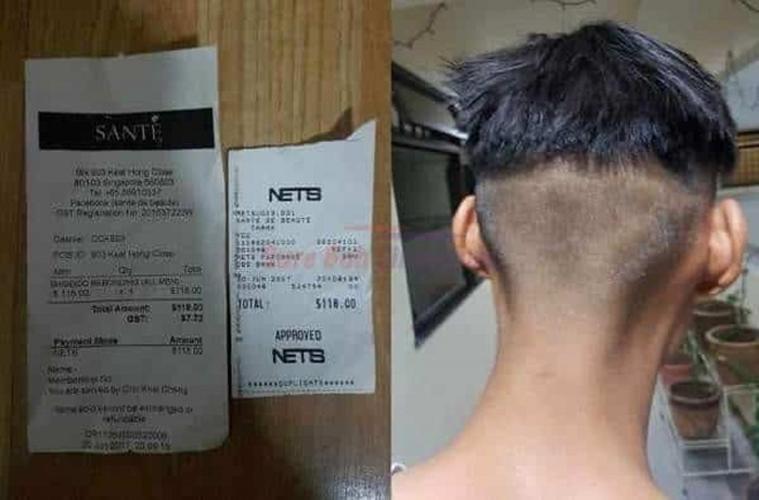 He wrote, "Sante has rectified he mistake done by their staff. They have delivered their promises as stated previously. Great job and awesome hairdo.

"I have also spoken to the management on the hairstylist who did the haircut for me, he is still an understudy and is a junior in the company. 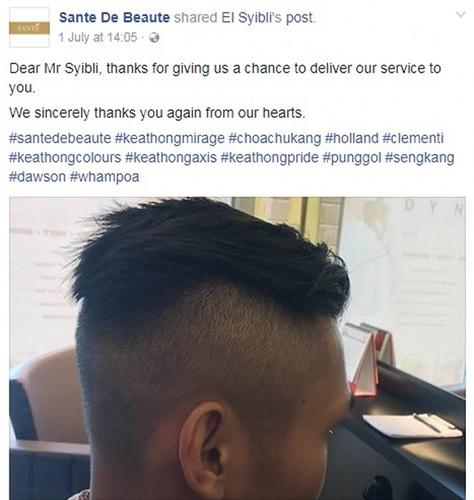 "Dear all, do be rest assured Sante is awesome. They take care of all customer feedback and is really a fantastic salon to patronise."