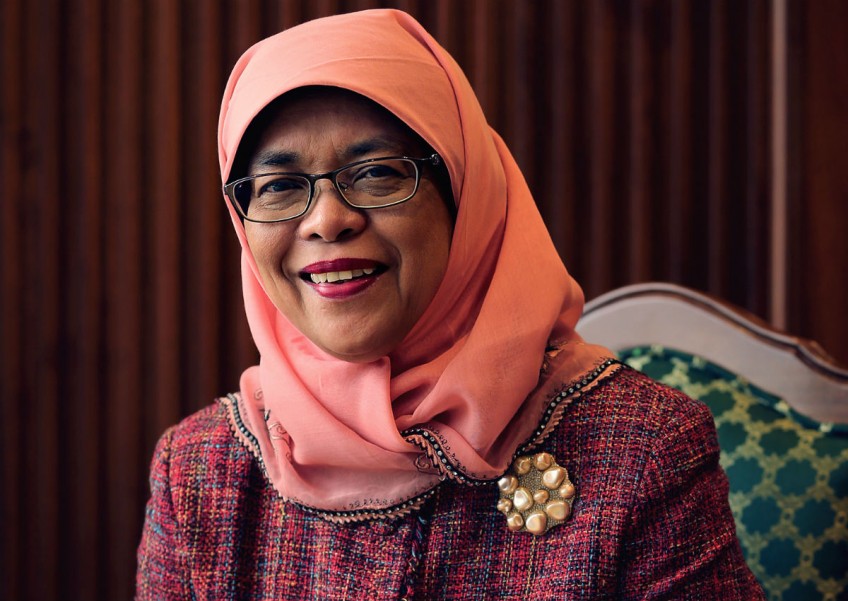 September 13 was a momentous day for Singaporeans. Madam Halimah Yacob was declared the President-elect after her nomination papers were found to be in order.

She will be the Republic's first female President and the first Malay head of state in 47 years. Madam Halimah Yacob has always been a trailblazer.

The advocate of women and workers' rights was the first female Speaker of Parliament and the first Malay woman to be elected a Member of Parliament (MP), which is also why she is our Her World Women of the Year winner in 2003. In light of her rise to the Republic's highest office, here are 8 lesser-known facts about our soon-to-be President.

Having lived in Selegie House that had a predominantly Chinese community, Madam Halimah was exposed to Chinese culture and media. In a candid interview, the President-elect admitted coyly that she is a fan of martial artist and film actor, Jet Li, because of her love for Kung Fu and martial arts movies.

Madam Halimah added that while she admires Chan's funny side, she still prefers Jet Li because he is more "more intense and interesting". Not surprisingly, when asked about her favourite movie, the President-elect said, "Fearless", a 2006 film that stars Jet Li.

#2 ONE UPON A TIME IN CHINA

Her favourite song is the theme song of martial arts film, "One upon a Time in China", starring Jet Li as Chinese folk hero Wong Fei Hung.

In honour of the 63-year-old President-elect, Twitter created a new Halimah Yacob emoji that will appear in tweets with the #HalimahYacob, #PresidentHalimah, #MdmPresident, #SingaporePE2017, #PE2017, and #SGElections. This is the first emoji to be created for a female head of state.

While the humble beginnings of former Speaker of Parliament have been widely documented, what most people don't know is that she was nearly expelled because she missed too many classes.

After the death of her father, her mother became the sole breadwinner. To take some load off her mother, Madam Halimah, then a secondary school student would help out at her mother's hawker school after school, on the weekends and during the school holidays.

Shuttling between school and her mother's stall made her so tired that she would often play truant and fall asleep in class. She would often sit at the back of the class so she could look out of the window, daydream and sleep. Madam Halimah attributes her success to a teacher who encouraged her not to give up.

Madam Halimah married her university sweetheart, Mr Mohamed Abdullah Alhabshee, in 1980. They have five children aged 26 to 35. The couple went through some tough times. When they first moved in to their HDB flat, it took them eight months before they could afford a sofa set.

In a Straits Times interview, when asked how her husband, who is a businessman, feels about being married to a successful woman, the latter replied, "fortunately he's able to handle that because he doesn't see me as a power woman. We balance out quite well at home... I believe in empowering relationships. He empowers me, I empower him. That's how we maintain the balance and harmony at home". Cue the collective awws!

Even though her husband thought she was crazy for going back to school, Madam Halimah's heart was set on pursuing a master's in law at the National University of Singapore. It wasn't easy for the then full-time unionist and mother of five to balance work, family and studies but she was able to overcome the odds to get her master's degree.

#7 SHE EXERCISES FOR 45MIN EVERY MORNING

By now, it should be no secret that Madam Halimah lives in a HDB flat in Yishun. Neighbours who reside in the estate often saw Madam Halimah climbing the stairs to her sixth floor flat instead of taking the lift.

The soon-to-be President leads a healthy lifestyle and tries to get about 45 minutes' worth of exercise each morning.

While the President won't be moving into the istana just yet, it won't be too long before she will seen strolling on its vast lawn. In an interview with Channel NewsAsia, she told reporters that, "the Istana grounds are very big, so that gives me a chance to walk around and exercise further, and keep myself fit".

Madam Halimah is a firm believer of waking up early, starting her day at 5am every day. She lives by her mother's words, "if you don't get up before the sun rises, then you're lazy". According to the President-elect, she can never sleep "when the sun is already out and when it's bright and shining into your face".

This article was first published in Her World.