Haze could continue into early next year 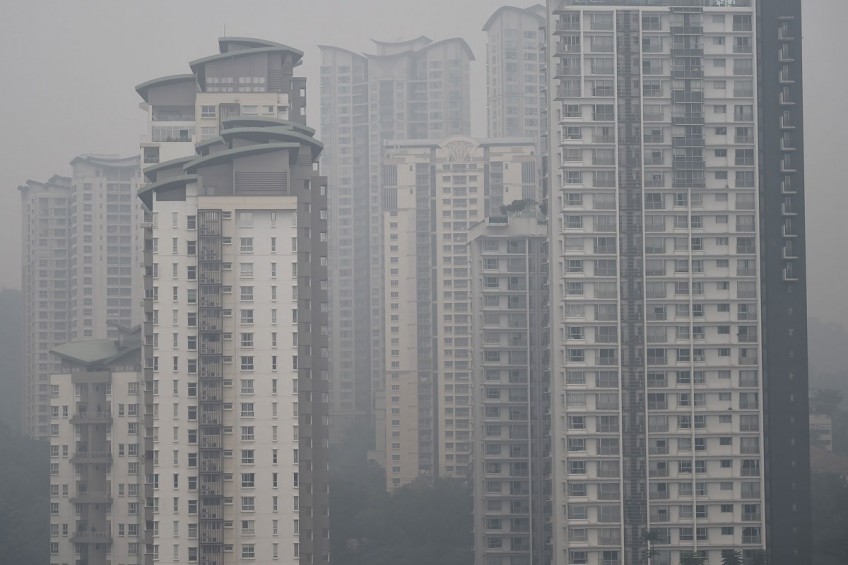 Residential apartments are seen obscured in a thick blanket of haze over Kuala Lumpur.
AFP

It looks like clear blue skies may not appear on Singapore's horizon so soon.

Experts warned yesterday that the Indonesian forest fires are spreading to new areas and are unlikely to be put out until next year, Reuters reported.

With "hot spots" growing in eastern parts of the country, industry officials and analysts are estimating that the smoke will last until early next year.

"Maybe it will last until December and January," said Herry Purnomo, a scientist at the Center for International Forestry Research.

He added that hot spots had reached Papua, a region that usually avoids widespread fires.

"It is because people are opening new agriculture areas, like palm oil," he said.

"Unless there is rain, there is no way human intervention can put out the fires," he told AFP.

Even the multi-nation effort now under way "is not enough to put out the fires," he added.

"We hope the rains will come in mid-November. It will be able to put out the fires."

Indonesia had earlier this month agreed to accept international help after failing for weeks to douse the fires that have shrouded angry neighbours Malaysia and Singapore in smoke for weeks.

Malaysia was forced once again to close schools in several areas yesterday and today due to unhealthy air, reported The Star.